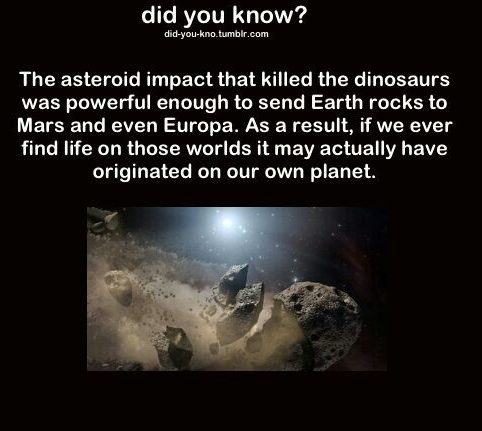 61.The first full moon to occur on the winter solstice, Dec. 22, commonly called the first day of winter, happened in 1999. Since a full moon on the winter solstice occurred in conjunction with a lunar perigee (point in the moon’s orbit that is closest to Earth), the moon appeared about 14% larger than it does at apogee (the point in it’s elliptical orbit that is farthest from the Earth). Since the Earth is also several million miles closer to the sun at that time of the year than in the summer, sunlight striking the moon was about 7% stronger making it brighter. Also, this was the closest perigee of the Moon of the year since the moon’s orbit is constantly deforming. In places where the weather was clear and there was a snow cover, even car headlights were superfluous.

62.According to security equipment specialists, security systems that utilize motion detectors won’t function properly if walls and floors are too hot. When an infrared beam is used in a motion detector, it will pick up a person’s body temperature of 98.6 degrees compared to the cooler walls and floor. If the room is too hot, the motion detector won’t registers change in the radiated heat of that person’s body when it enters the room and breaks the infrared beam. Your home’s safety might be compromised if you turn your air conditioning off or set the ther mostat too high while on summer vacation.

63.Western Electric successfully brought sound to motion pictures and introduced systems of mobile communications which culminated in the cellular telephone.

64.On December 23, 1947, Bell Telephone Laboratories in Murray Hill, N.J., held a secret demonstration of the transistor which marked the foundation of modern electronics.

65.The wick of a trick candle has small amounts of magnesium in them. When you light the candle, you are also lighting the magnesium. When someone tries to blow out the flame, the magnesium inside the wick continues to burn and, in just a split second (or two or three), relights the wick.

66.Ostriches are often not taken seriously. They can run faster than horses, and the males can roarlike lions.

67.Seals used for their fur get extremely sick when taken aboard ships
.
68.Sloths take two weeks to digest their food.

70.The pet food company Ralston Purina recently introduced, from its subsidiary Purina Philippines, power chicken feed designed to help roosters build muscles for cock fighting, which is popular in many areas of the world.

71.According to the Wall Street Journal, the cock fighting market is huge: The Philippines has five million roosters used for exactly that.

72.Sharks and rays are the only animals known to man that don’t get cancer. Scientists believe this has something to do with the fact that they don’t have bones, but cartilage.

73.The porpoise is second to man as the most intelligent animal on the planet.

74.Young beavers stay with their parents for the first two years of their lives before going out on their own.

75.Skunks can accurately spray their smelly fluid as far as ten feet.

77.Gopher snakes in Arizona are not poisonous, but when frightened they may hiss and shake their tails like rattle snakes.

78.On average, dogs have better eyesight than humans, although not as colorful.

79.The duckbill platypus can store as many as six hundred worms in the pouches of its cheeks.

80.The life span of a squirrel is about nine years.

81.North American oysters do not make pearls of any value.

83.Many sharks lay eggs,but hammer heads give birth to live babies that look like very small duplicates of their parents. Young hammer heads are usually born head first, with the tip of their hammer-shaped head folded backward to make them more stream lined for birth.

84.Gorillas sleep as much as fourteen hours per day.

85.A biological reserve has been made for golden toads because they are so rare.

86.There are more than fifty different kinds of kangaroos. 87.Jellyfish like salt water. A rainy season often reduces the jelly fish population by putting more fresh water into normally salty waters where they live.

88.The female lion does ninety percent of the hunting.

90. A group of twelve or more cows is called a flink .

91.Cats often rub up against people and furniture to lay their scent and mark their territory. They do it this way, as opposed to the way dogs do it, because they have scent glands in their faces.

92.Cats sleep up to eighteen hours a day, but never quite as deep as humans. Instead, they fall asleep quickly and wake up intermittently to check to see if their environment is still safe.

93.horses and cows can sleep while standing up

94.The nematode Caenorhabditis elegant ages the equivalent of five human years for every day they live, so they usually die after about fourteen days. When stressed, though, the worm goes into a comatose state that can last for two or more months.The human equivalent would be to sleep for about two hundred years.

97.Poland is the only country that have no prison

98.Bookkeeping is the only word that its 3letters follow 2times.

99. Angry and hungry are the only English words that end with gry.