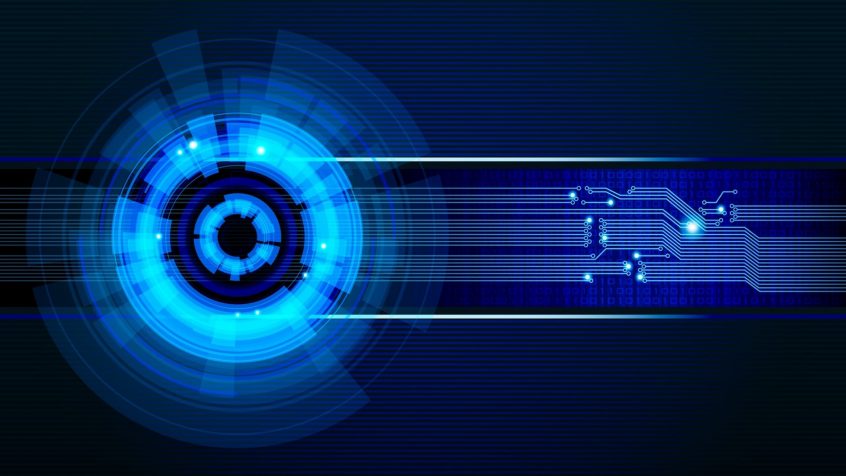 1.Email has been around longer the world-wide web!

2. In 2004, the at symbol used in emails (@) became the first new character to be added to Morse code in several decades! The new character, known as the “Commat” consists of the signals for both A (dot-dash), and C (dash-dot-dash-dot) with no space or break in between.

5. According to the Message Anti-Abuse Working Group, between 88 and 92% of all emails that were sent in the first half of 2010 were spam!

6. Anthony Greco was the first man ever arrested for sending spam messages in 2005.

7. Marc Andreessen released “Netscape Navigator” in 1994, and during the height of its popularity almost 90% of all internet use was done via this browser!

8. All the letter combinations from aaa.com to zzz.com have already been registered.

9. The Apple Lisa was the first commercial computer with a graphical user interface (GUI) and a mouse.

15. Alaska is the only state in America that can be typed on one row of a traditional English QWERTY keyboard.

16. The Apple II had a hard drive of only 5 megabytes when it was launched.

17. In general, people tend to read as much as 10% slower from a screen than from paper.

18. Ubuntu is one of the more popular distributions of Linux. The word Ubuntu comes from an African word meaning “I am because of you”.

19. The Name “Macintosh” Was Inspired by an Apple with the name “mcintosh”.

20. In 1932 Professor August Dvorak created the Dvorak keyboard, which was made to be superior to the standard QWERTY keyboard.

27. 86% of people try to plug their USB devices upside down.
Video Game Facts

28. The last game for the Sega Mega Drive was released in 2010 and was so popular it sold out before release.

30. Microsoft’s third Xbox console is the Xbox One and was released on 22nd November 2013.

31. The average age of gamers in the United States is 35.

32. In 2010, the United States Air Force used 1,760 PlayStation 3’s to build a supercomputer for the Department of Defense. They used PS3’s because it was more cost efficient and “green”.

33. The Sega Dreamcast was the first 128-bit console in the market.

34. The Dreamcast was the first console which allowed real-time online play feature.

37. The Xbox 360 was first released on 22nd November 2005 and is Microsoft’s second video games console.

38. In January 2007, the PS3 Dual Shock controller won an Emmy Award for ‘Peripheral Development and Technological Impact of Video Game Controllers’ by The National Academy of Television Arts & Sciences.

39. In Japan, the Nintendo Wii2 has been nicknamed the “Weenie” (Wii-ni) because the Japanese number for two is ‘ni’.

40. The Sony PlayStation 4 was released on 29th November 2013 in Europe & Australia – two weeks after it launched in North America.

42. On eBay, there is an average of $680 worth of transactions every second.

43. It is estimated that spammers only receive 1 reply for every 12 million emails that they send out.

45.Amazon now sells more eBooks than it does printed books!

46. Amazon.com was previously known as Cadabra.com.

47. The first ever Internet Service Provider (ISP) was a company named CompuServe.

48. The original URL for Yahoo was http://akebono.stanford.edu

49. The name Yahoo was created by Johnathan Swift for his book Gulliver’s Travels (1726) – which explained a yahoo to be a really ugly person.

50. 97% of people type in random words on Google, just to see if they spelled it right.

51. There are over 35 billion Google searches every month.

52. An average of 60 billion emails are sent every day, 97% of which are spam.
men use the internet.

55. It is estimated that one in every eight couples in the US who went on to marry each other met online.

56. Someone on Twitter who has a million or more followers is known as a “Twillionaire”.

58. Google+ was developed under the code name ‘Emerald Sea’.

59. Remember MySpace? Well it has over 200 million registered users.

60. Facebook took 2 years to reach a market audience of 50 million.

61. 60% of LinkedIn members have clicked one of their adverts.

62. Phantom Vibration Syndrome is the name given when someone thinks their phone is vibrating but isn’t.

63. Headphones have magnets in them.

64. Using your phone while it is on charge can damage the battery, this is why the leads for the chargers are so short.

65. In 1973, the very first mobile phone call was made by Martin Cooper, who was an employee of Motorola. The call was made from the streets of New York City.

66. Nokia was founded in 1865 and its primary business was manufacturing paper.

68. The first commercial text message was sent in December 1992.

69. Today, the number of text messages sent and received everyday, is more than the total population of the planet.

70. Almost half the world’s population have never made a phone call.

71. There are Braille accessories for smart phones.

73. Originally, the design for the first iPhone was literally the shape of an apple.
Social Networking Facts

74.Google rents out goats from a company called California Grazing to help cut down the amount of weeds and brush at Google HQ!

75. The founder of Microsoft, Bill Gates, was a college drop out.

77. The word robot comes from the Czech r o b o t a “. This translates into forced labor, or work.

78. CD’s, or Compact discs read from the inside to the outside edge, which is the reverse of how records work.

79. You cannot reverse a Bitcoin transaction, or be forced to pay.

83. The first alarm clock could only ring at 4am.

84. The 30th of November is known as “Computer Security Day“.

85. On 1st April 2005, NASA pulled a prank telling the world that they had found water on Mars.

87. The television took 13 years to reach a market audience of 50 million.

88. The iPod took 3 years to reach a market audience of 50 million.

90.The US is at the highest risk of Virus attack followed by Russia Federation.

91.The 12 engineers who made IBM PC were named as “The Dirty Dozen”.

92.The first microprocessor 4004 which literally set the path for the modern computing era was developed by
Intel. Surprisingly, it was meant to be used for a calculator. And, then it evolved.

93.You will not be affected by viruses just by opening an email. It is only activated when you click a link or access an attachment.

94.According to various statistical analysis, it is a fact that more than 80% emails sent are spam!

95.MyDoom was the fastest-spreading virus ever created. The total damage done by MyDoom is a whopping $38 billion.

96.If Xerox Alto (the first computer to support an Operating System based on a Graphical User Interface) would not have been designed, Apple Macintosh probably would have never existed.

98..Computer programming is the fastest growing job role than any other at present. In contrast, this job delivers the most eye strains you have ever got.

99.9 out of 10 of the world’s supercomputers run on Linux. So, now, don’t you think, Linux is appealing enough to be tried out at least once by every consumer present.

100.Google, Facebook, Twitter, and Amazon are all powered by Linux. Yes, Linux is not among the most popular OS for the general consumers. But, Linux leads the Industry.