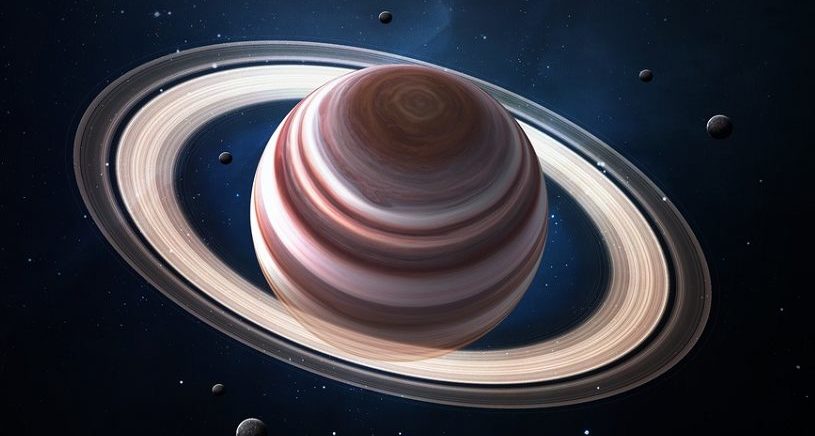 While humanity has been looking at the stars since ancient times, only recently have we made incredible strides in understanding of outer space. Using telescopes, and satellites, we continue to learn about the universe surrounding our little blue planet. Still, there’s so much more to learn and plenty we don’t know and can’t explain. Much of the universe is full of mysterious phenomena beyond our comprehension. Curious to travel among the stars and find out what baffles scientists ? Here are 15 such Things In Outer Space That Can’t Be fully Explained.

When stars explode, they turn into giant fireballs called Supernovas. But, a remaining mystery is how this takes place. While astronomers have used computer simulations to better understand the mechanics, what goes on inside a star when it explodes is still a mystery.

A black hole is a region of space time exhibiting such strong gravitational effects that nothing—not even particles and electromagnetic radiation such as light—can escape from inside it. The theory of general relativity predicts that a sufficiently compact mass can deform space time to form a black hole. The boundary of the region from which no escape is possible is called the event horizon. Although the event horizon has an enormous effect on the fate and circumstances of an object crossing it, no locally detectable features appear to be observe. In many ways a black hole acts like an ideal black body, as it reflects no light.

Hot Jupiter are gas giants like Jupiter but much hotter. They orbit extremely close to their stars. Since we don’t have anything like them in our solar system, scientists thought they were an oddity. But, we might actually be the oddball as they are much more common than originally thought. Many mysteries surround these gas giants such as how they formed and why they orbit so closely to their stars

Believe it or not, there’s a lot of Jupiter’s Great Red Spot we can’t explain. While we know it’s been there for 150 years and rages at 400 mph (643 kph), scientists aren’t sure what makes it swirl at all or why it has its reddish hue.

Dark matter is a type of unidentified matter that may constitute about 80% of the total matter in the universe. It has not been directly observed, but its gravitational effects are evident in a variety of astrophysical measurements. For this reason there is a broad scientific consensus that dark matter is ubiquitous in the universe and has strongly affected its structure and evolution.
Dark Matter remains one of the biggest mysteries in outer space. First conceptualized in 1977, it’s thought to make up 27 percent of the universe and is essentially behind all of the unseen substance in space. But there’s plenty we still don’t know about it

A white whole is, roughly speaking, the opposite of a black hole. “A black hole is a place where you can go in but you can never escape; a white hole is a place where you can leave but you can never go back,”
If Black Holes messed with your head, you might want to prepare for White Holes. While Black Holes suck everything in and don’t allow it to escape, White Holes could be old black holes which spew out everything it once held inside. But that’s just one theory. Another theory claims White Holes could be a portal between dimensions.

Saturn, the sixth planet from the sun, is one of the most easily identified targets for astronomers, largely due to its large and distinct ring system. The rings of Saturn have fascinated stargazers for centuries, ever since telescopes were first pointed toward the sky.

We learned a lot about Saturn’s Rings thanks to Cassini. But, there’s still a lot we can’t explain. While we know its rings are made of water and ice, we’re not sure how they formed or how old they are.
The rings themselves contain a number of gaps and structures. Some are created by Saturn’s many small moons, while others continue to puzzle to astronomers.

Saturn is not the only planet in the solar system to have rings — Jupiter, Uranus and Neptune also contain faint ring systems — but with its satellites spanning three-quarters of the Earth-moon distance (175,000 miles or 282,000 km), it is by far the largest and most visible

Named “Peggy,” the mysterious moon in one of Saturn’s rings continues to baffle scientists. It was recently noticed in 2013 and is believed to be a moon forming in the rings, but no one is 100% sure. When Cassini plummeted into the planet, researchers took more data of the moon to uncover its secrets.

Dark Energy is hypothetical material scientists claim is part of the ever-expanding universe but really no one understands what it is. Recently some astronomers have come out saying Dark Energy doesn’t exist at all and that the Universe is not accelerating like we once thought.

Astronomers have a hard enough time finding dark matter and dark energy in the universe, but they also can’t figure out Baryonic Matter either. Baryonic Matter is the atoms and ions making up the planets, stars, dust, and gas in the universe. Much of it is unaccounted for as if it mysteriously vanished, and they aren’t sure why…

In 2012, astronomers discovered a rather unusual galaxy called LEDA 074886. What is so weird about it? Well, it’s in a rectangular shape, a shape galaxies haven’t been found to take before. Scientists thought it might be explained by gravitational lensing, but this was thought implausible.

KIC 8462852 (also Tabby’s Star or Boyajian’s Star) is an F-type main-sequence star located in the constellation Cygnus approximately 1,280 light-years (390 pc) from Earth. Unusual light fluctuations of the star, including up to a 22% dimming in brightness, were discovered by citizen scientists as part of the Planet Hunters project, and, in September 2015, astronomers and citizen scientists associated with the project posted a pre print of an article describing the data and possible interpretations.
It had an unusual fluctuating brightness and many theorized it could be because of an alien mega structure. But, upon closer inspection, scientists concluded it was possible a cloud of dust orbiting the star blocks the light every 700 days or so. More research into it is needed.

Dark flow is an astrophysical term describing a possible non-random component of the peculiar velocity of galaxy clusters. The actual measured velocity is the sum of the velocity predicted by Hubble’s Law plus a possible small and unexplained (or dark) velocity flowing in a common direction.
But the dark flow is controversial because it technically shouldn’t exist and scientists can’t explain why its there in the first place. Its existence also points to something outside our universe pulling on these galaxy clusters.

ASASSN-15lh is the largest star explosion ever discovered by astronomers. It was first detected on June 14, 2015, located with in a faint galaxy in the southern constellation Indus, and is the brightest supernova-like object ever observed. At its peak, ASASSN-15lh was 570 billion times brighter than the Sun, and 20 times brighter than the combined light emitted by the Milky Way Galaxy. The emitted energy was exceeded by PS1-10adi. They aren’t sure which galaxy it came from but believe its 3.8 billion light-years away. They still aren’t sure what or how something could produce that much
energy.

Astronomers have spotted a “zombie star” that refused to die when massive explosions that are normally considered fatal rocked the heavenly body.

The star, which lies half a billion light years away in the constellation of the Great Bear, has exploded multiple times since 1954, but may finally be on its way to the cosmic graveyard.

It is the first time astronomers have seen the same star explode over and over. Until now stellar explosions, or supernovae, have been considered singular events, the dazzling death throes of stars that have burned up all their fuel.