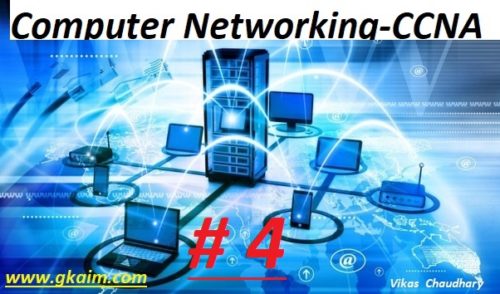 Computer networks help users on the network to share the resources and in communication. Can you imagine a world now without emails, online newspapers, blogs, chat and the other services offered by the internet?

The following are the important uses and benefits of a computer network.

Application sharing: Applications can be shared over the network, and this allows to implement client/server applications

Network gaming: A lot of network games are available, which allow multi-users to play from different locations.

1-What is mesh network?

Answer: A network in which there are multiple network links between computers to provide multiple paths for data to travel.

2- What are the important topologies for networks?

In this each computer is directly connected to primary network cable in a single line.

Inexpensive, easy to install, simple to understand, easy to extend.

In this all computers are connected using a central hub.

Can be inexpensive, easy to install and reconfigure and easy to trouble shoot physical problems.

In this all computers are connected in loop.

All computers have equal access to network media, installation can be simple, and signal does not degrade as much as in other topologies because each computer regenerates it.

3- What are major types of networks and explain?

Answer:
* Server-based network *
Peer-to-peer network, computers can act as both servers sharing resources and as clients using the resources.

4- What is the difference between TFTP and FTP application layer protocols?

Answer: The Trivial File Transfer Protocol (TFTP) allows a local host to obtain files from a remote host but does not provide reliability or security. It uses the fundamental packet delivery services offered by UDP.

The File Transfer Protocol (FTP) is the standard mechanism provided by TCP / IP for copying a file from one host to another. It uses the services offer by TCP and so is reliable and secure. It establishes two connections (virtual circuits) between the hosts, one for data transfer and another for control information.

5- What is the range of addresses in the classes of internet addresses?

6- What is the minimum and maximum length of the header in the TCP segment and IP datagram?

7- What is difference between ARP and RARP?

8- What are the data units at different layers of the TCP / IP protocol suite?

Answer: ICMP is Internet Control Message Protocol, a network layer protocol of the TCP/IP suite used by hosts and gateways to send notification of datagram problems back to the sender. It uses the echo test / reply to test whether a destination is reachable and responding. It also handles both control and error messages.

10- What are the different type of networking / inter networking devices?

Also called a regenerator, it is an electronic device that operates only at physical layer. It receives the signal in the network before it becomes weak, regenerates the original bit pattern and puts the refreshed copy back in to the link.

These operate both in the physical and data link layers of LANs of same type. They divide a larger network in to smaller segments. They contain logic that allow them to keep the traffic for each segment separate and thus are repeaters that relay a frame only the side of the segment containing the intended recipient and control congestion.

They relay packets among multiple interconnected networks (i.e. LANs of different type). They operate in the physical, data link and network layers. They contain software that enable them to determine which of the several possible paths is the best for a particular transmission.