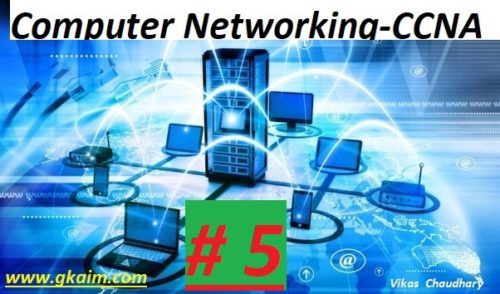 Today Question => What is a Network Protocol ?

Almost all protocols used in the Internet are common standards defined by RFC (Request for Comments).

How HTTP (Hypertext Transfer Protocol) should work is defined as a common standard, RFC (Request for Comments). Anyone can follow the common standard and create their own Browser or Web server.

Answer: Series of interface points that allow other computers to communicate with the other layers of network protocol stack.

2- What are the possible ways of data exchange?

3-Difference between the communication and transmission.

Answer: A generic term for section of a large networks usually separated by a bridge or router.

5- What are the two types of transmission technology available?

Answer: (i) Broadcast and (ii) point-to-point

6- What do you meant by “triple X” in Networks?

Answer: The function of PAD (Packet Assembler Disassembler) is described in a document known as X.3. The standard protocol has been defined between the terminal and the PAD, called X.28; another standard protocol exists between hte PAD and the network, called X.29. Together, these three recommendations are often called “triple X”

7- What is frame relay, in which layer it comes?

Answer: Frame relay is a packet switching technology. It will operate in the data link layer.

Answer: Redirector is software that intercepts file or prints I/O requests and translates them into network requests. This comes under presentation layer.

9- What is terminal emulation, in which layer it comes?

Answer: elnet is also called as terminal emulation. It belongs to application layer.

Answer: The process that allows a network to self-repair networks problems. The stations on the network notify the other stations on the ring when they are not receiving the transmissions. Beaconing is used in Token ring and FDDI networks.