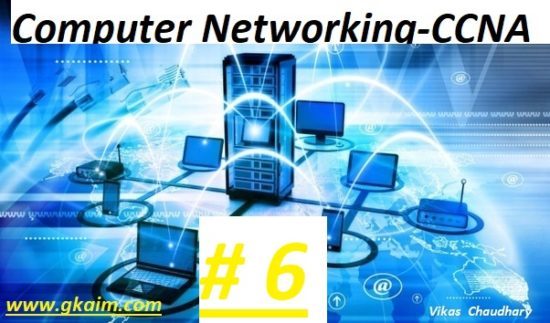 Today Question => What is a MAC Address?

MAC, Media Access Control, address is a globally unique identifier assigned to network devices, and therefore it is often referred to as hardware or physical address. MAC addresses are 6-byte (48-bits) in length, and are written in MM:MM:MM:SS:SS:SS format. The first 3-bytes are ID number of the manufacturer, which is assigned by an Internet standards body. The second 3-bytes are serial number assigned by the manufacturer.


What Is A MAC Address Used For?

One of the applications of MAC addresses is in the filtering process on wireless networks. In order to prevent strangers from accessing a network, the router is set to accept only specific MAC addresses. In this manner, if the IP address changes, as for example in the case of dynamic IP addresses, the MAC address can still identify the device.

Filtering can be used to track network users, and to limit their access. It can also have other uses, such as identifying when a stolen device connects to the network. For these reasons, many companies and institutions require the MAC addresses of their members’ devices. Therefore, it is important for device owners not to reveal their MAC addresses to anyone, except to authorized personnel.

MAC addresses can also be used in data recovery to connect to a wireless device. Disk Drill is an app, developed by Cleverfiles, which helps in data recovery. It searches for lost files by scanning in two possible modes, namely Quick and Deep Scan. Quick Scan uses the metadata still available in the file system. Deep Scan drills deeper into the binary level. The results are presented with the help of a filter.

Disk Drill is available for Windows and Mac computers, and can be download for free.

1- What is NETBIOS and NETBEUI?


Answer:
NETBIOS is a programming interface that allows I/O requests to be sent to and received from a remote computer and it hides the networking hardware from applications.

NETBEUI is NetBIOS extended user interface. A transport protocol designed by microsoft and IBM for the use on small subnets.

3- What is passive topology?


Answer: When the computers on the network simply listen and receive the signal, they are referred to as passive because they don’t amplify the signal in any way. Example for passive topology – linear bus.


Answer: Hybrid devices that combine the features of both bridges and routers.


Answer: A layer of a glass surrounding the center fiber of glass inside a fiber-optic cable.

6- What is point-to-point protocol

7- How Gateway is different from Routers?


Answer: A gateway operates at the upper levels of the OSI model and translates information between two completely different network architectures or data formats


Answer: The degeneration of a signal over distance on a network cable is called attenuation.


Answer: The address for a device as it is identified at the Media Access Control (MAC) layer in the network architecture. MAC address is usually stored in ROM on the network adapter card and is unique.


Answer:
Bit rate is the number of bits transmitted during one second whereas baud rate refers to the number of signal units per second that are required to represent those bits.

where N is no-of-bits represented by each signal shift.