(EMINENT SCIENTISTS AND SCHOLARS OF MODERN INDIA)‘s Article is in three part. 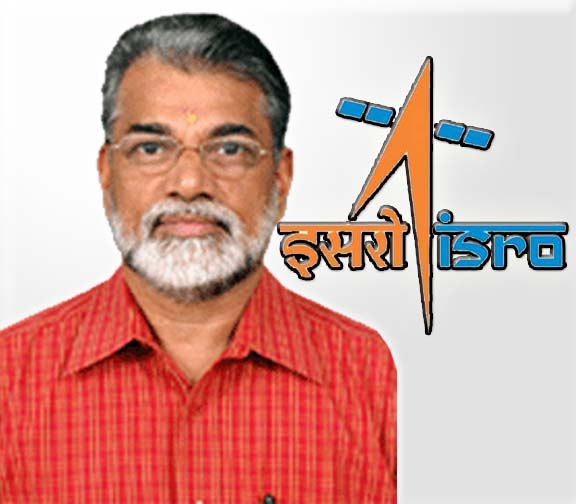 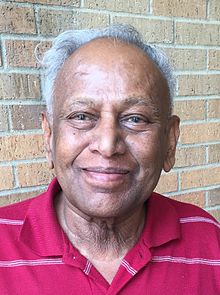 Since 1966, Rao associated with the University of Texas at Arlington. He is at present serving as the director of the Multimedia Processing Laboratory and also as a professor of electrical engineering. His topics of teaching include discrete signal systems and the fundamentals of telecommunication systems, digital video coding, digital image processing, Discrete transforms and also multimedia processing. In 2011, an academic milestone is achieved by Dr. Rao, when he supervised his 100th graduate student. He is a Fellow of the IEEE and also a member of the Academy of Distinguished Scholars, UTA as well. He along with two other researchers, N. Ahmed and T. Natarajan, introduced the discrete cosine transform (DCT) in 1975, which has since become highly popular in digital signal processing DCT, INTDCT, directional DCT and MDCT (modified DCT) have been adopted in many international video/ image/ audio coding standards such as JPEG/ MPEG/ H. 26X series and also by SMPTE (VC-1) and also by AVS China. 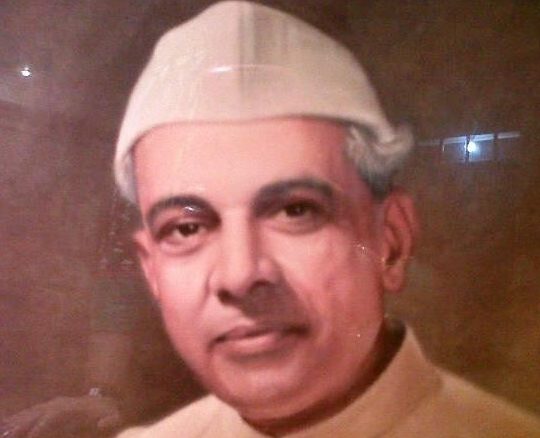 Kailas Nath Kaul was an Indian botanist and a world authority on Arecaceae. His contribution in the field of biological science has been recognised all over the world. After serving as the first Indian scientist at the Royal Botanic Garden, Kew, England he established the National Botanical Research Institute at Lucknow in 1948. His work on the medicinal plant Artemisia brevifolia in Kashmir results into increase in yields of Santonin six times. This results into the production of Santonin economically viable in India. By studying the spatial patterns of vegetation and depths of wells, Kaul discovered fresh water aquifers in Jodhpur, the Thar Desert in India. After this discovery, a Desert Reclamation Scheme was prepared by him in order to solve Jodhpur’s water shortage problem. The Banthra Formula is his famous work in which he reclaimed several thousand acres of alkaline land of Uttar Pradesh. He was awarded the Padma Bhushan in 1977. 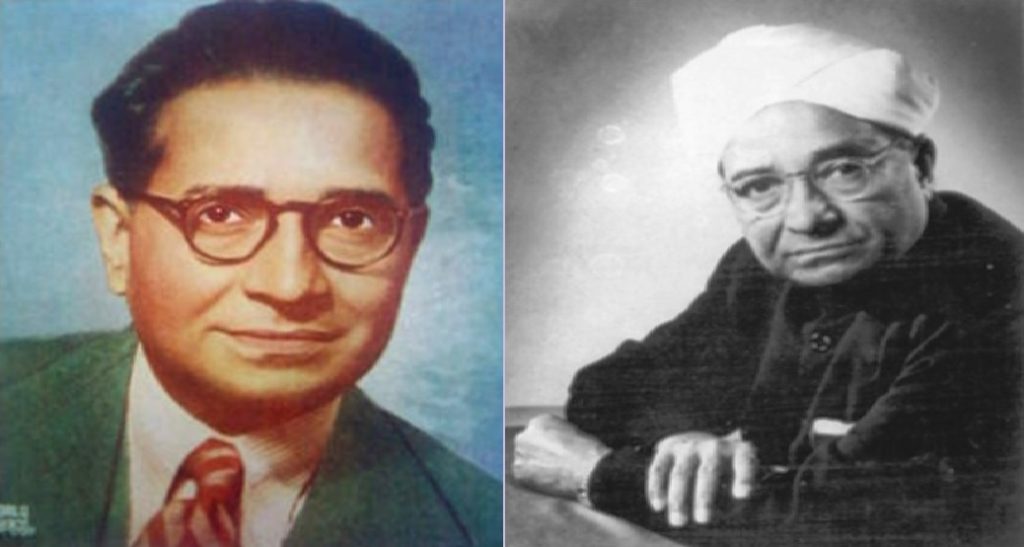 This Indian physicist was Born in 1898 in Tamil Nadu. His mentor was C.V. Raman and he worked along with him on the famous Raman scattering. He developed a technique to measure the magnetic anisotropy of dia and paramagnetic crystals which was published by the Royal Society of London in 1933 titled, ‘Investigations on Magne-Crystallic Action’. With a view to elaborate the magnetic properties of crystals in relation to their structure he collaborated with Dr. Santilal Banerjee. Their joint paper was published in Nature, Terrestrial Magnetism and Atmospheric Electricity, and also by the Royal Society. He received various prestigious Awards such as the Padma Bhushan in 1954 and the prestigious Bhatnagar Award in 1958. 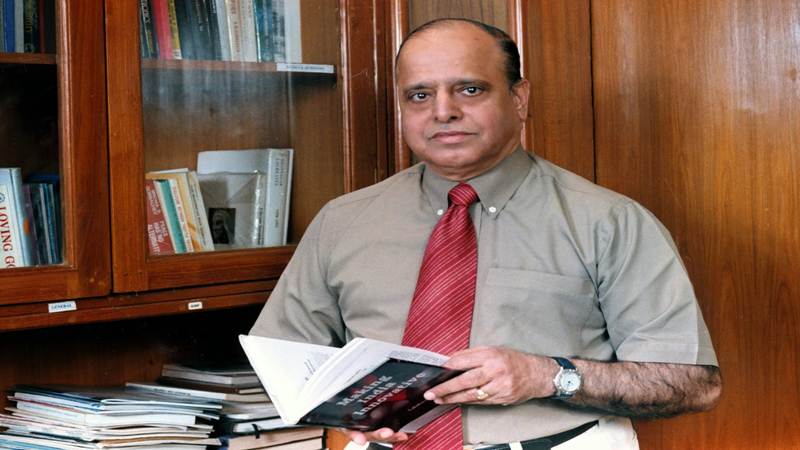 , Dr. Krishnaswamy Kasturirangan was born on 24 October 1940. He headed the ISRO from 1994 to 2003. Earlier he also served as the Director of the ISRO Satellite Centre and under his supervision new generation spacecraft—the Indian National Satellite (INSAT-2) and the Indian Remote Sensing Satellites (IRS-1A and 1B) in addition to several scientific satellites were developed. He served as the Project Director for India’s first two experimental earth observation satellites, Bhaskara-I and II. He also led the initiative for India to enter the planetary exploration era by extensive studies which led to the definition of Chandrayaan-I. He was honoured with the Padma Shri (1982), the Padma Bhushan (1992) and the Padma Vibhushan (2000). 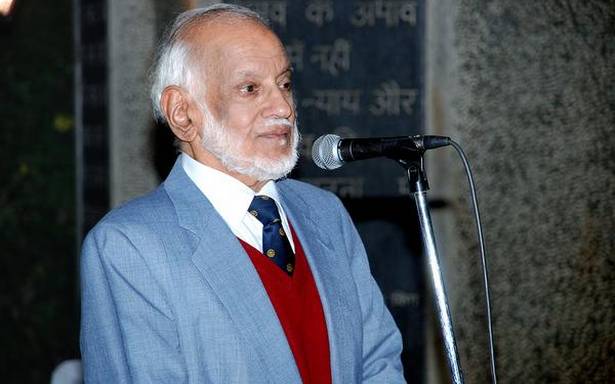 He was an Indian physicist and was born on 28 August 1928 in Kerala. One of his most significant contributions is to establish the Tata Institute of Fundamental Research (TIFR), Mumbai, in 1945. His experiments with cosmic rays were done to explore the properties of fundamental particles. He performed deep underground experiments with cosmic ray neutrinos in the mines of Kolar Gold Fields. In 1970, he was elected as a fellow of Royal Society. He is currently serving as the President of the Indian Statistical Institute and is also the Vikram Sarabhai Fellow of the Indian Space Research Organisation. In 2008, the asteroid 7564 ‘Gokumenon’was named after him. He was awarded the Padma Bhushan in 1968 and the Padma Vibhushan in 1985. 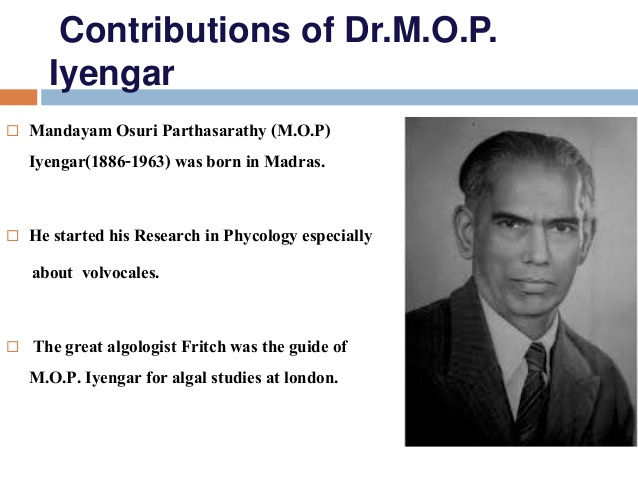 Mandayam Osuri Parthasarathy Iyengar was an eminent Indian botanist and phycologist who performed various researches in the structure, cytology, reproduction and taxonomy of algae. He is regarded and called as the ‘father of Indian phycology’or ‘father of algology in India’. He was also the first President of Phycological Society of India. 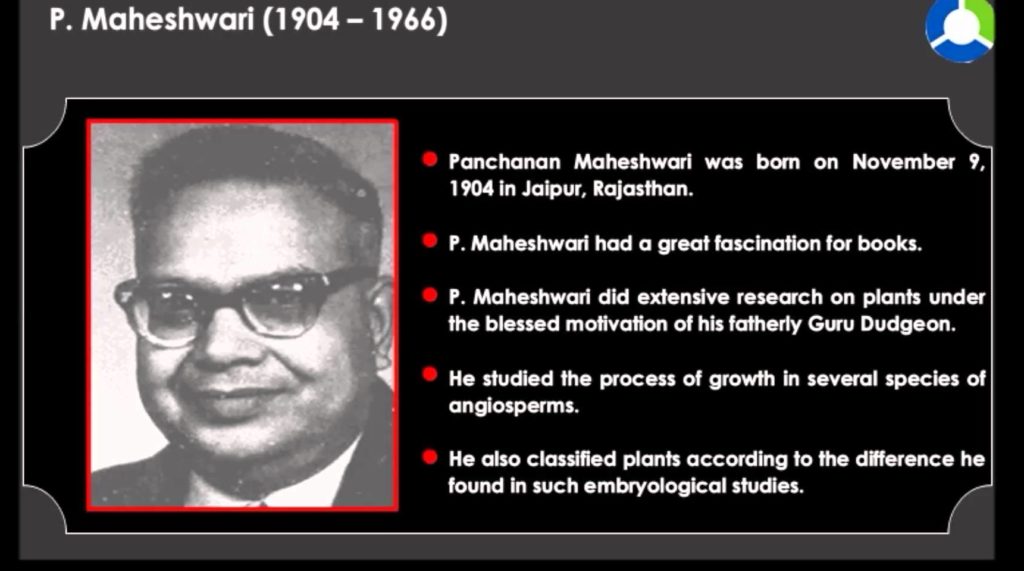 Panchanan Maheswari was an Indian botanist who is famous for his invention of ‘the technique of test-tube fertilisation of angiosperms’. With this invention, it became possible to create new hybrid plants whose natural crossbreeding was not possible previously. He served as a chief editor for his scientific journal Phytomorphology until his death in 1966; and for the popular magazine Botanica. He founded the International Society of Plant Morphologists in 1951. 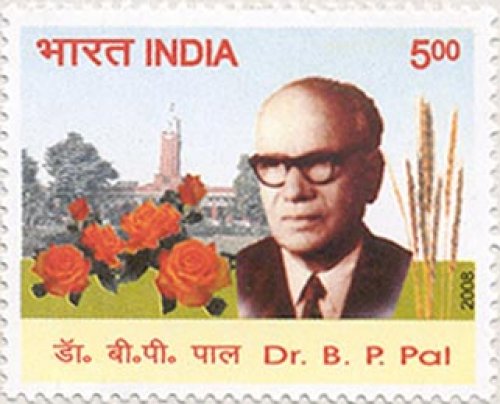 He was among the leading scientists in wheat genetics and breeding. He was the first Director of Indian Council of Agricultural Research (ICAR). He donated all his property to ICAR. He was an honourable recipient of the Padma Shri in 1959, the Padma Bhushan in 1968 and the Padma Vibhushan in 1987. 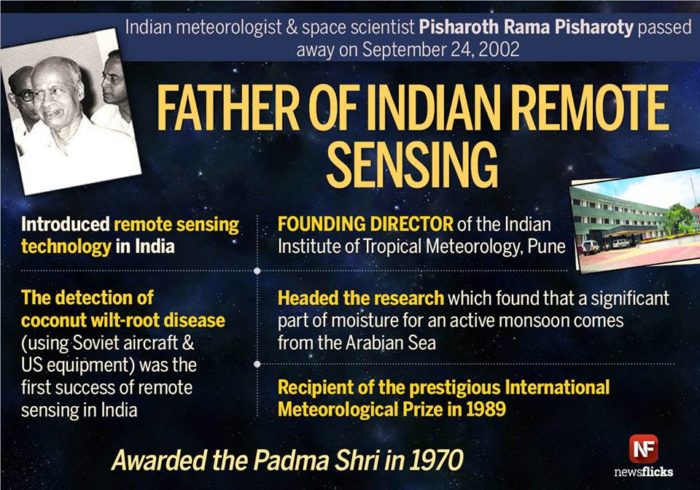 He was a prominent Indian physicist and also a meteorologist.The first success in remote sensing in India was his experiment of detecting the coconut wilt-root disease with the use of Soviet aircraft and US equipment. Hence he is also known as the father of remote sensing in India. During 1972–1975, he served as the Director of Remote Sensing and Satellite Meteorology at ISRO Space Applications Centre, Ahmadabad. From 1963 to 1968, he served as a member of the Scientific Advisory Board in World Meteorological Organisation and later went on to become its Chairman. He also served as the Vice-President of the International Association of Meteorology and Atmospheric Sciences. In his fond memory, The Indian National Remote Sensing Award was renamed as ‘P. R. Pisharoty Memorial Award’. 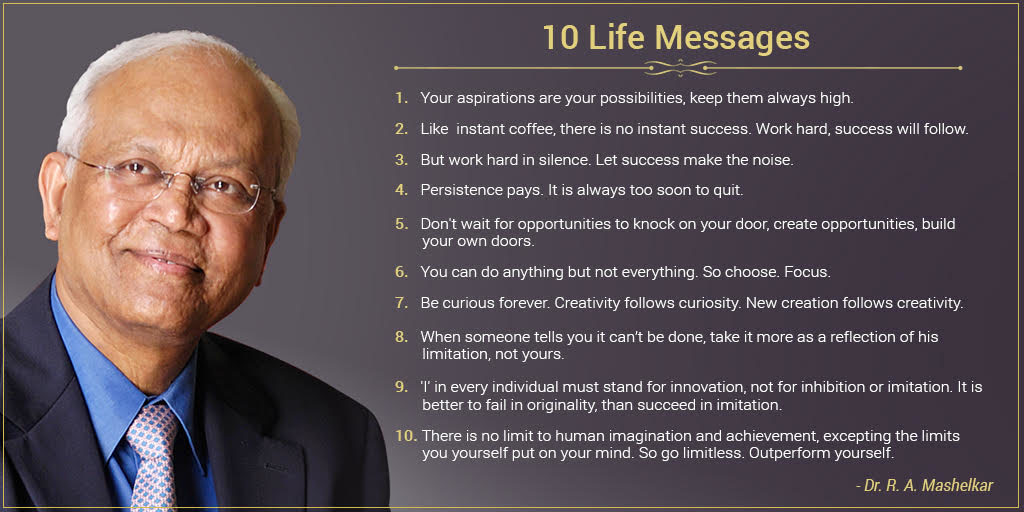 He is an Indian chemical engineer and was born on 1 January 1943. He is also known by his other name Ramesh Mashelkar. He served as the Director General of the Council of Scientific & Industrial Research (CSIR). After independence, he played a significant role in shaping India’s policies of science and technology. He served as a member of the Scientific Advisory Council to the Prime Minister while also leading the successive governments’Scientific Advisory Committee. Twelve different committees were chaired by him, which observed the issues such as higher education, national fuel policy, the drug regulatory system and the agriculture research system. Under the chairmanship of Mashelkar, a technical expert group on patent laws was established in 2005, so as to find out whether the amendments made in Indian patent law were Trade related Aspects of Intellectual Property Rights (TRIPS) compliant or not. The committee concluded unanimously that the amendments were not TRIPS compliant. He was awarded the Padma Vibhushan in 2014. 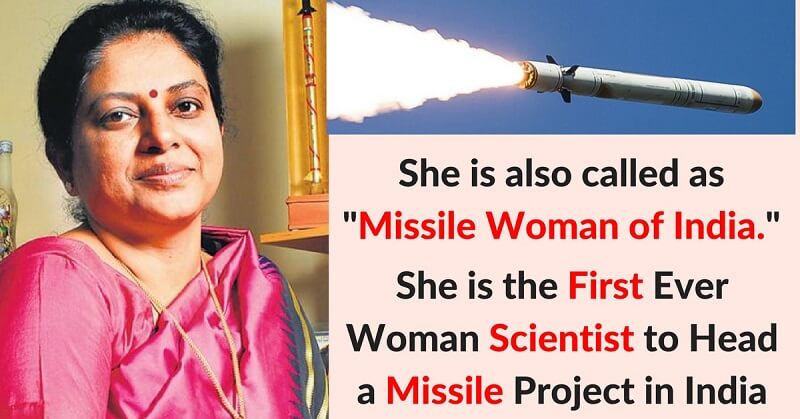 Tessy Thomas was born in 1964, and spearheaded the programme on the Agni-IV missile of Defence Research and Development Organisation (DRDO), which was successfully tested in 2011. Known as the ‘Missile Woman’of India, she was the project director of mission Agni IV. In 2009, the Advanced Systems Laboratory in Hyderabad appointed her as the Project Director for 5,000 km range Agni-V. Her outstanding contribution in the field of missile technology for making India self-reliant has made her won the Lal Bahadur Shastri National Award. 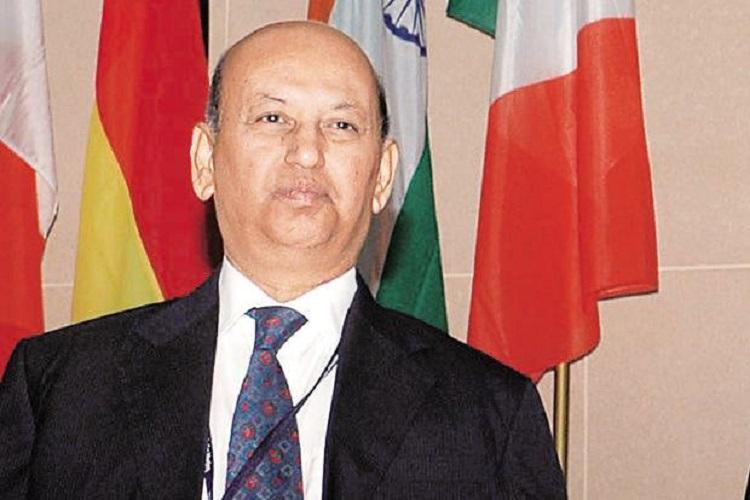 U.R. Rao, was a space scientist who was born in 1932. He was the former chairman of the Indian Space Research Organisation. At Present, he is serving as The Chairman of Governing Council of the Physical Research Laboratory, Ahmedabad and The chancellor of Indian Institute for Space Science and Technology (IIST), Thiruvananthapuram. Rao was conferred with the Padma Bhushan in 1976. Rao made a great contribution for the establishment of Indian satellite technology in 1972. Under his supervision many satellites were designed and launched with an aim to provide communication, remote sensing and meteorological services. These includes India’s first satellite ‘Aryabhata’in 1975, Bhaskara, APPLE, Rohini, INSAT-1 and INSAT-2 series of multipurpose satellites and the IRS-1A and IRS-1B remote sensing satellites.