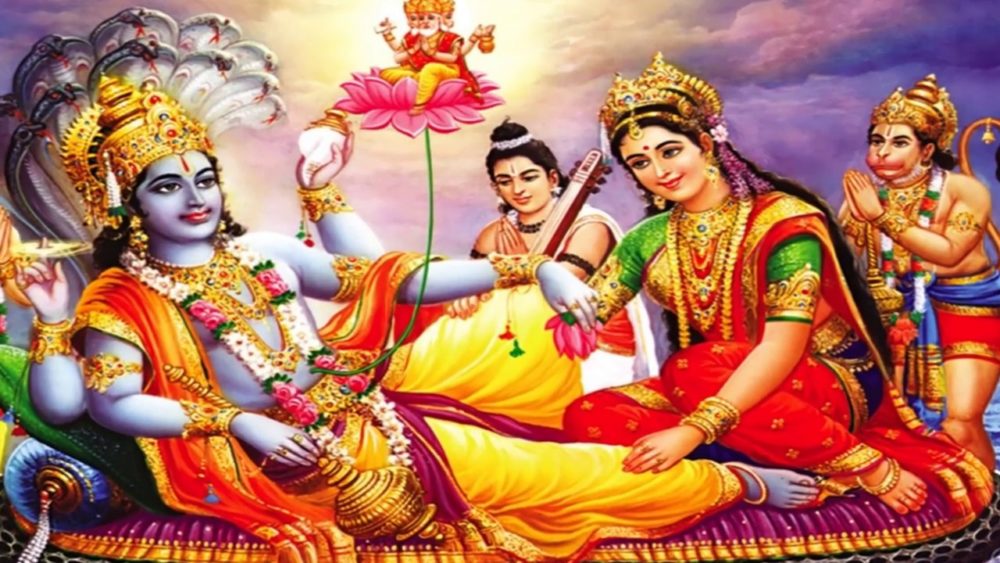 The Mahabharat is an epic legendary narrative of the Kurukṣetra War and the fates of the Kaurava and the Pāṇḍava princes.
The Mahabharat is the longest epic poem known and has been described as “the longest poem ever written”. Its longest version consists of over 100,000 sloka or over 200,000 individual verse lines (each shloka is a couplet), and long prose passages. At about 1.8 million words in total, the Mahabharat is roughly ten times the length of the Iliad and the Odyssey combined, or about four times the length of the Ramayana

The Ramayana is one of the largest ancient epics in world literature. It consists of nearly 24,000 verses (mostly set in the Shloka meter), divided into seven Kandas (books) and about 500 sargas (chapters). In Hindu tradition, it is considered to be the adi-kavya (first poem). It depicts the duties of relationships, portraying ideal characters like the ideal father, the ideal servant, the ideal brother, the ideal wife and the ideal king. Ramayana was an important influence on later Sanskrit poetry and Hindu life and culture. Like Mahabharata, Ramayana is not just a story: it presents the teachings of ancient Hindu sages in narrative allegory, interspersing philosophical and ethical elements. The characters Rama, Sita, Lakshmana, Bharata, Hanuman, Shatrughna, and Ravana are all fundamental to the cultural consciousness of India, Nepal, Sri Lanka and south-east Asian Countries such as Thailand, Cambodia, Malaysia and Indonesia.
God and Goddess (part-2)

Here i have listed all the information of God and Goddess in term of Questions- Answers…. it may be in Various part, each part contains 20 Question..
<<< PART-1 >>>

1. What was the relationship between Balram and Shri-Krishna ?
=>Brotherhood

2. In war of Kurukṣetra (Mahabharat) who killed the king Jarasandha ?
=>Bhimsen

3. What was the another name of Meghnath ?
=>Indrajeet

4. In which place Bharath rulled for 14 years ?
=>Nandigram

5. Who was the kidnapper of Draupadi ?
=>Jaydarth

9. Who was the brother of Draupadi ?
=>Dhrishtadyumna

10. Who was the son of Guru DronaCharya ?
=>Ashwatthama

16. Who was the father of Vidyabyasa ?
=>Rishi Prashar

18. Who was the wife of guru Shukracharya ?
=>Jayanti