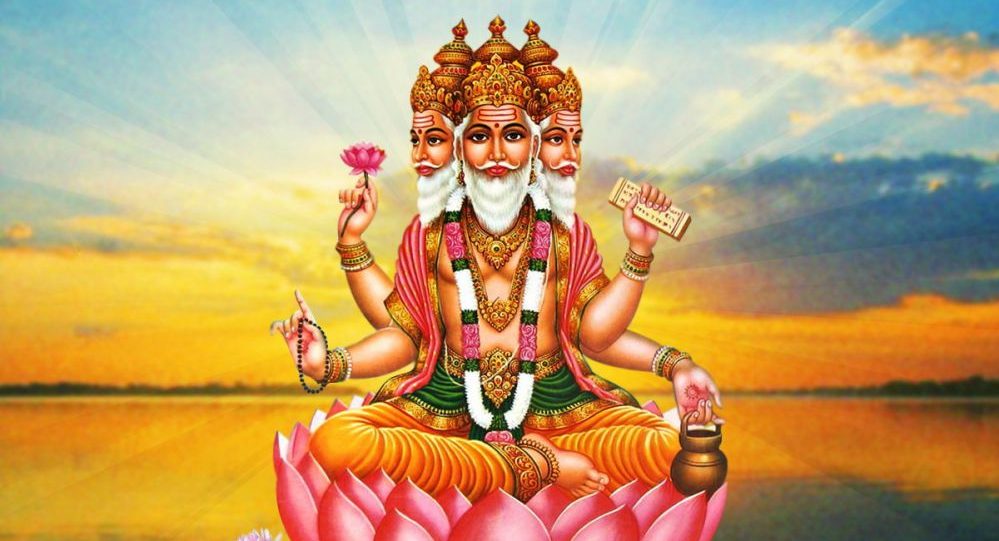 Hindu pantheon is very complex, organized and hierarchical. Without proper introduction into Hinduism, it is very difficult to understand the complexity surrounding the Hindu gods and goddesses and make sense of their numerous names, aspects, emanations and manifestations. The gods and goddesses belong to one large family of gods, headed by Supreme Brahman on one side as Purusha or Isvara and Para Shakti or Mother Goddess as His dependent or independent aspect on the other.

The main God and Goddess of Hinduism are Brahma and Shakti

Brahma is the creator god. He is originally known as Prajapati. He is the first born, father of the gods, humans and demons. He is also their teacher, who taught them about the nature of Self and the importance of virtue. He is also the revealer of the Vedas to the mankind. He has several mind born sons. In the early Upanishads and Vedic hymns he is credited with incarnations and described as the Cosmic Person (Purusha) as well as Isvara, Hiranyagarbha and Viraj. In some verses, he is also described as Prakriti or Nature. Brahma enjoyed an exalted position in ancient times, when the original Kshatriyas ruled the land. With their decline, his popularity declined. He is presently worshipped only in a few temples, mostly located in the areas, adjoining or forming part of the ancient Sindhu Saraswathi region, where the Kshatriyas ruled in ancient times. His abode is called Brahmaloka.

The practice of worshiping Mother Goddess was in vogue in Indian since the Indus valley civilization. Shakti means energy. Hindus worship Shakti, also known as Mother Goddess, Divine Mother, Prakriti, Maya and various other names. In creation she represents the materiality and objectivity. Hence she is also known as the Field (kshetra). In the beings, she represents the mind and body. If Brahman is the instrumental cause of creation, Shakti is the material cause. If Brahman represents the will and consciousness, Shakti represents the numerous objects, worlds and beings in which the will and consciousness of Brahman remains hidden. In the Tantra tradition, Shakti is considered the highest supreme reality itself, with Brahman remaining in the background as the passive witness consciousness. In Vedic tradition she is a dependent reality, but in tantra she is independent. As the companion of Shiva, Shakti is worshiped in numerous temples across India.

1. Who was the Wife of rishi Vashishtha ?
=>Arundethi

3. Who was the son of mahabali Hanuman ?
=>Makardhuja

5. Who was the great rishi that hater of Chhetri religion , and also killed maximum chhetri peoples ?
=>Parshuram

6. Who was the father of lord Ram ?
=>King Dasharath

7. Who was the father of king Dasharath ?
=>Aaj

10. Who was the father of Parshuram ?
=>Jamdaggni

12. In Buddhist religion , who is known as goddess of wealth ?
=>Yashudhara

15. Which is the oldest Ved of Hinduism ?
=>Rigved

17. Who was pulled the sari or Dropathi in Mahabharath ?
=>Dhursashan

Important link for you