Que=>1
How does Seasons change? Difference between weather, season and climate!

Let’s see the Science behind that how does the Seasons change ?

Ans=>Seasons- There is something quite peculiar about Earth and its revolution around the Sun. Earth is tilted at an angle of 23.5° from the plane of its orbit around the Sun.

This means that the Earth is always pointing to one side as it goes around the Sun. The amount of sunlight available on Earth keeps varying all-round the year, this difference in the availability of sunlight creates the seasons on earth.

Season is one of the four periods of the year: spring, summer, autumn and winter.

Weather–Weather is basically the way the atmosphere is behaving, mainly with respect to its effects upon life and human activities.

The meaning of the weather is on a particular location, at a particular time, the atmosphere of the atmosphere. Many factors, such as the temperature of the air, pressure, speed and direction of its flowing and cloud, fog, rain, snow etc., and their interactions are involved.

Climate is the average conditions that are expected at a certain place over a number of years.

The weather can change every day but many times in the day. The climate does not change easily. Changing the climate of a place can take many thousands but not millions of years. That is why we talk about ‘changing weather’, not ‘changing climate’. 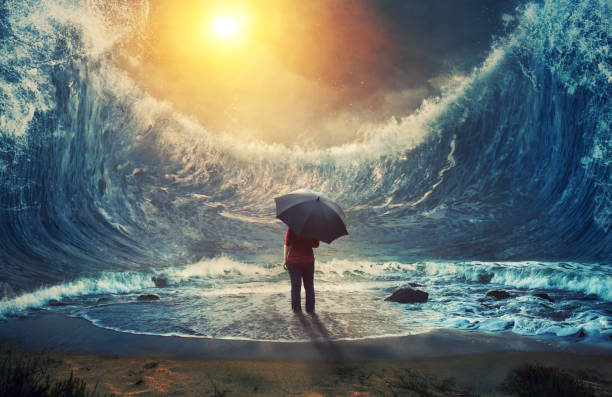 These Tsunamis are caused by under-water earthquakes. With a strong earthquake suddenly occurring in the upper surface of the earth, a very big wave can occur in the sea water from the geological movement. These waves are gigantic and span over hundreds of kilometers.

This phenomenon can be understood with a small experiment. Say, water is stored in a tub, and if full tub is swirled fast high splashes of water occur.

Ans=> Volcano is the place in the earth’s crater, from where hot gases rise continuously & melted rocks (lava), ash, gases etc come out through a hole or opening on Earth’s surface.

The volcanoes from which hot gases and lava keep coming out continuously are called active volcanoes.

Dormant volcanoes are those volcanoes which are not active at present and have extinguished sometime back but there is a chance that these would again erupt sometime sooner or later.

These are those volcanoes which erupted long long ago sometime in history but are no longer active nor there is a chance that they would ever become active again.

Que=>4
Tidal Waves- What caused them?

Ans=> A tidal wave is a shallow water wave caused by the gravitational interactions between the Sun, Moon, and Earth.The term “tidal wave” is often used to refer to Tsunamis; however, this reference is incorrect as Tsunamis have nothing to do with tides.

Que=>5
Magnets- What is a Magnet actually? Earth’s magnetic field – what is it? 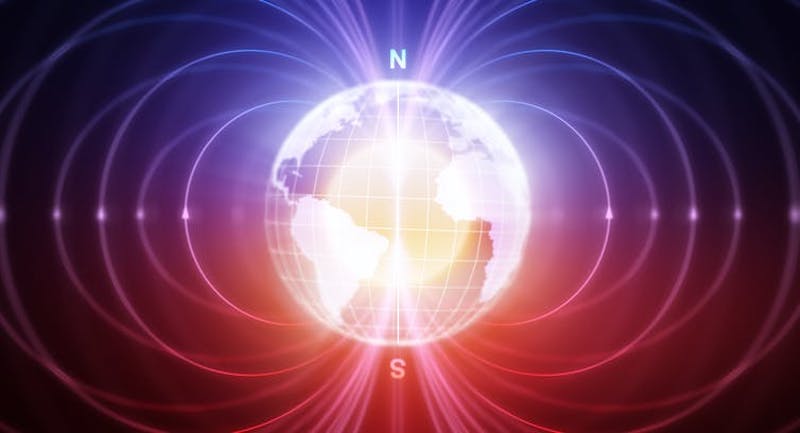 Ans=> We have put together all these questions because these all are connected with each other and also tell us a wonderful fact about our planet Earth. Let’s start the discussion.

What are magnets, how do they work–

A magnet is a unique material which can attract iron, nickel pieces. Magnetism can be understood on the basis of atomic science. There are free electrons in any substance and they keep roaming around inside the material.

We will not go into this much detail here, but what you should know is that the materials that exhibit magnetism have much more free electrons and these free electrons form groups in a special way that creates a quality of magnetism.

Why does a magnet always stops in  North-South directions-

Before answering this, we would like introduce you to Earth’s magnetism. Yes, you read it right. Earth too is a giant magnet. Let’s discuss this a bit more about this.

Earth behaves as a giant magnet. The south pole of the earth’s magnet is in the geographic north and is a magnetic north-path near the geographical south.

There is molten magma (heavy liquefied metals) in the core of the Earth, which is constantly revolving. It is believed that the Earth’s magnetism is due to this charged molten magma’s movement.

Since the Earth itself behaves as a magnet, so, when a magnet is hanged freely, it aligns itself along with North-South poles of Earth as all of you are aware that identical magnetic poles repel each other while there is attraction between opposite poles.