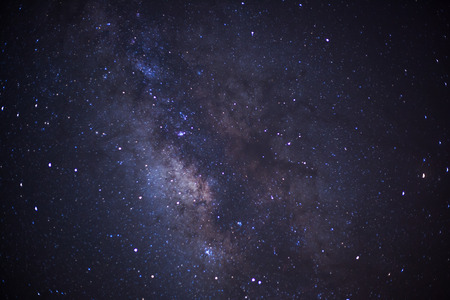 Que=>1
13 Most important numbers in the Universe that define our existence?

Ans=> Some numbers such as your phone number or your Aadhaar number play an important role in our lives & are more important than other numbers to us. Here we too will discuss a few numbers which are important on the scale of the universe, In fact, these numbers define our universe, makes our existence possible and even will decide the fate of the universe.

It is an interesting fact that the gravitational constant (G) was the first one to be searched before the other twelve constants but its value is least accurately known. The reason for this lack of precision is its weak strength. It is the weakest force among all basic forces.

Albert Mitchellson and Edward Morley showed that the speed of light does not depend on its direction.

This finding allowed Einstein to postulate his most famous work which in a way revolutionized Science, yes, we are talking about, Theory of Relativity. This was the most important discovery of the 20th century and probably even so far.

When we combine the results of the experiments of Boyle, Charles, and Gay-Lussac, it can be shown that for a certain quantity of gas, the temperature of the gas in proportion to the product of its pressure and volume. This ratio is called the Ideal Gas Constant.

It is easy to produce heat. From prehistoric times, human has been using fire to produce heat. But cooling something is not an easy task. The absolute Zero is the least possible temperature. No temperature below than this is possible. At this temperature, the speed of atoms of gases becomes zero. Its value is 0 Kelvin.

6. The Relative Strength of Electricity and Gravity

Have you ever wondered why the snowflakes get melt in a hot water pot but why don’t ice particles in form from cold water on its own? It is related to the distribution of heat and the solution to this problem was the biggest success of the 19th century.

This problem was solved by the Austrian physicist Ludwig Boltzmann, who had discovered that compared there are more nos. of distributions for melting of ice than to form ice from water (it can be thought in terms of the degree of randomness). Nature’s game runs in percent. It often chooses the most possible way line and this tendency is defined by Boltzmann constant. The disorders are more common than the orderliness e.g. there are more ways to spoil the room than to clean it.

The Schwarzschild radius is the radius of that sphere to which if all the mass of an object is compressed within such that it becomes a Black Hole. The escape velocity from the surface of this sphere would equal the speed of light.

9. The Efficiency of Hydrogen Fusion

The most abundant material of the universe is Hydrogen. More complex elements are formed from this starting element. These formations called fusion to occur at such high temperatures which naturally occur only inside the center of the stars. Two atoms of hydrogen combine to form an atom of Helium, this process is called Hydrogen Fusion. The energy produced in this process is calculated from Einstein’s famous equation E = mc2.

In this process, only 0.7 percent of hydrogen is converted into energy.  If this no. would have been slightly low or high, life will not have been possible in the current form.

The future of a star is determined by its mass. The life of the stars like the Sun is relatively long, the Sun has 5 billion years of life remaining, and after that, it will become the Red Giant and swallow the Earth too.

Stars bigger than Sun make up the White Dwarf, which are very hot but small and slow down and become dead. But if the stars cross the mass of a specific mass, Chandrasekhar, then it is decided to become Supernova. Chandrasekhar range is about 1.4 times the mass of the Sun’s mass. Subramanian Chandrasekhar was the one who determined this no.

We know how the universe was born and how old it is. But we do not know how it will end. But there is some way to determine the end of the universe, but for that, we need to calculate the value of a constant, this constant is Omega.

If at the time of Big Bang, Big Bang gave the galaxies the necessary speed so that they always keep going away from each other then, the universe will simple keep expanding and freeze. If they do not have enough speed then they will start collapsing into a single point.

According to our calculations till now, the value of omega is between 0.98 and 1.1. So, the future of the universe is still unknown.

According to Max Planck, the distribution of energy in the universe occurs in the form of small energy packets and it corresponds to the atomic theory, according to which the substance is made up of small particles which are atoms. The small packets of these energies were called quanta and the size of these packets was named Plank constant (h).

Ans=> How the Universe was created? When was it created? Who created it? These are some of the fundamental questions which have troubled the intelligent minds from time to time.

Did God create it? Well, we Physicist have not found that out yet! What we can tell you how or when did it all started or when did the currently observable Universe come into existence.

In 1919, Hubble found out that that the universe is spreading, the galaxies of the universe are rapidly moving away from each other. According to this principle, in the past, galaxies would have been close to each other and, if, in the past, they would have been very close to each other. From these insights, the Physicists have concluded that the universe originated from a condition in which all matter and energy of the universe was at one single place on very hot temperatures and densities. This condition is called Gravitational Singularity. The Big Bang or the great explosion refers to the time instant when the expansion of the observable universe began. This time has been found 13.7 trillion years ago (1.37 x 1010) from today after calculations.

Que=>3
Universe- What is it, and what are interesting facts about it?

Ans=> Have you ever thought about space, shimmering stars, glowing moon, sunny sun, how wonderful and unique sight is in front of our eyes, but in our busy lives, we cannot pay attention to these things. All this is part of this vast universe.

We are going to tell some specific things about the universe here. Some of them may surprise you too. Let’s take a brief tour of the universe.

2. Space is totally mute: it is muted. Sound is needed for travel and there is no atmosphere in space. That is why space is full of silent silence.

5. Humans can fly on the moon Titan on Saturn with artificial feathers on their arms- This is because Titan’s atmosphere is very dense and gravity is very low.

6. It is impossible to know the total number of cosmos- We can never count the stars of the universe. We can only think of roughly a reason, because every moment in the universe, millions of stars keep taking birth too.

7. Our sun keeps 99% of the total spectrum of the Solar System-

8. The footprint of our astronauts on the Moon will last for another 100 million years. There is no air on the moon, there is no rain, water does not flow, then how can you remove the footprint?

9. Sun appears white from space– There is an atmosphere on earth. The sun shines red, saffron, and yellow with the effect of scattering passing through the light of the atmosphere. Space does not have the atmosphere, so the sun turns white.

11. Astronauts are two inches long in their journey. With no gravity in space, their joint spine becomes loose almost three percent.

13. There is the ocean of wine in space! The cloud named Sagittarius B2, which is 390 light-years away from the center of our galaxy, is made of ethyl alcohol. That means the trillions of beer…

15. The speed of our galaxy Milky Way is 552 km/second. And at this speed, it will hit 5 billion years from our neighboring galaxy Andromeda.

16. Moon is shifting away from Earth by 1.5 inches every year.

Que=>4
What is galaxy? What is milky way?

Our solar system is just a small part of a galaxy. A galaxy is a group of many gases, dust and the solar systems of billions of planets combined.

Universe has billions of galaxies. Our Galaxy name is Milky Way. The Milky Way is a spiral in shape.

Que=>5
What is a black hole? Why it is called the eater of the worlds?

Ans=> Blackhole is a body whose gravitational field is so strong that nothing can come out of it- even electromagnetic waves (sunlight) also cannot escape from it.

When a body has so much mass that is due to its own gravitational force, the body starts shrinking. As the radius decreases, the gravitational force becomes even stronger. Eventually, the body keeps shrinking- shrinking, and shrinking and becomes a point. Though how this happens, i.e. becoming a point of not or what happens after that, is still not known to scientists.

If anything falls into it, that things can never escape from it. It is like a swirling demon in-universe that easts up all the things that come within its range called the event horizon.

Do we need to fear from Black Holes! Our nearest black hole is at such a distance that we are not in danger for the next hundred years. Also, our sun is also not so big that it becomes a black hole.

Let’s talk about some strange things about black holes.

1. Black holes are not infinitely small. The more gravitational effects will increase, the smaller the star center will grow. Small, and small, and small … At one time it will come that it will reach such a size which is called Plank Length. This is a unit that is not possible in quantum mechanics. How long this is! 1 Planck Unit = 10-34 Meters

2. Everything near the black hole is bizarre- Blackhole distorts the time-space with its gravity

3. Going into black hole causes death in a strange way- Assuming that the feet of a person is near the black hole, it will mean that the gravitational force on its feet will be much more than its head. This difference will be so much that the feet of that person will be pulled from the earth by its gravity to millions of times more force. The person will pull out and become like a long thread, and after that, it will be broken.