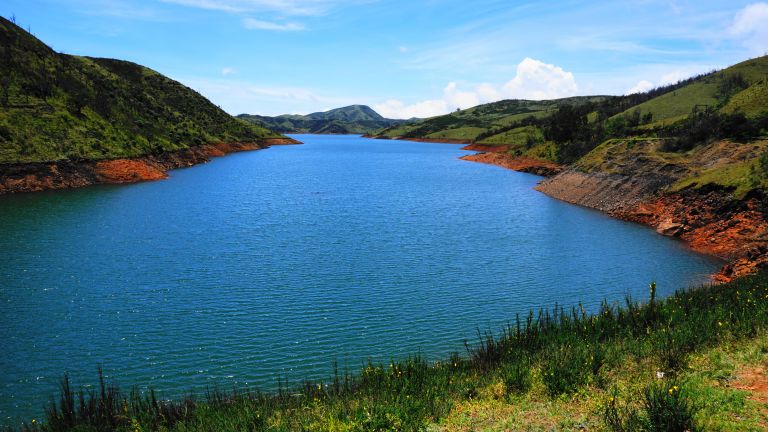 Why is the River Nile so famous?

Rivers are water bodies, bigger than a stream or lake and flow into the ocean. River bodies and water bodies are plenty all around the earth. The river Nile is the longest river in Africa and the entire world. It is 4,135 miles long that is about 6,670 km in length.

Where is the Nile located?

Where does the Nile river flow through?

It passes through Kenya, Eritrea, Congo, Burundi, Uganda, Tanzania, Rwanda, Egypt, Sudan and Ethiopia. The Blue Nile and the White Nile meet in Khartoum, Sudan from where they move on their long journey towards the Mediterranean Sea.

The River Nile has a long association with ancient Egypt. Most of the ancient Egyptian Historical sites like Luxor or Cairo are located at the banks of the Nile River. The Nile river had deserts to it’s east and west, while the southern part to the Nile had Mountains. The River Nile is shaped as the lotus flower. The lotus has been the symbol in much ancient Egyptian art. The Nile was the main source of irrigation for the ancient Egyptians. But many a times it was also the source for floods. As the days passed the flood water would recede and the river bed would be full of black, rich and fertile soil; which the Egyptians named the ‘Gift of the Nile’. They used to call the river ‘Ar’ or ‘Aur’ meaning ‘black’ because of the black soil left behind. Nile was also the main source of transportation and trade. Even today steam ships are used in Egypt and Sudan for transportation of goods. The bank of the Nile was used to grow papyrus weed which was used to make paper. Not only that, the Nile also provided the ancient Egyptians with building materials and cloth- thus making the ancient Egyptians one of the most accomplished ancient civilizations. The River Nile also gave the Egyptians food. They used spears and nets to catch fish and birds. Hapi was considered as the Nile God and was worshipped and honored for bringing fertility to the desert land.

The Nile river Delta is extremely vast. It drains almost an area of 1,293,000 miles. Due to the vastness of this area, different climatic conditions can be seen. Towards the North, in Egypt and Sudan, rainfall is scarce. Moving to the south, along Ethiopia, there is heavy rainfall due to which the floodwaters move downstream and create fertile soil. The Nile River delta has varied species of animals ranging from crocodiles t turtles, baboons and about 300 species of birds. The Nile valley Sunbird is the most famous.

Facts About the NILE River

◈ The Nile river is 4,184 miles (6,695 kilometers) long. With such an extended length, the Nile River is speculated for being the longest river on this planet.

◈ The Amazon River might be considered as the second largest river on earth, although it has been difficult to determine which actually the longest river is.

◈ While the Nile River is frequently associated with Egypt, it actually touches Kenya, Ethiopia, Tanzania, Uganda, Rwanda, Zaire, Burundi and Sudan, and not just Egypt. It’s only recent the first known navigation group successfully followed the river from beginning to its end.

◈ The Nile River has played a remarkably important role in the Egyptian civilization, life and History of this nation.

◈ One of the most well known river Nile facts might be the river’s ability to create extremely fertile soil, which caused it to be easy for cities and civilizations to grow alongside the banks of the Nile River.

◈ The fertile soil is contributed because of the annual spring floods, if River Nile overflows on to the banks. A big part of the Egyptian nation consists is a dry desert area. Therefore there are very little rainfall on Egyptian deserts, and that’s why Nile River is so important to this nation. It has remained true for thousands of years.

◈ The abundant Nile River provided essential irrigation, even in the early times. This waterway also provided a supply of drinking water, and source of irrigation for farming for the papyrus reeds that the people used for many different purposes such as for building materials and paper.

◈ The Nile crocodile is a huge major component of the Egyptian life-style and culture since the first Egyptians settled over the fertile banks of the River Nile. Most Nile Crocodiles tend to be approximately 4 meters long, although some people have also reported that they saw much longer ones.

◈ The animals make their nests over the banks of the Nile River, where the female lays more than a 60 eggs. For about three months after the babies are born, the mamma crocodile takes them into the water. They’ll remain with her for at the least two years before reaching maturity.

◈ Not only the Nile River is one of the main rivers of Egypt, but many would in fact; say is not one of them but it’s the main river of Egypt. The River Nile has certainly played a critical role in the history of the mysterious nation.

◈ The Nile River gets its name on the Greek word “Nelios”, that means River.

◈ It gets its sources from The Blue Nile: Lake Tana, Ethiopia. The White Nile: Lake Victoria, Uganda.

◈ The Nile and it is tributaries flow though 9 countries. The Blue Nile starts in Ethiopia. The White Nile flows though Sudan, Uganda, and Egypt. Zaire, Rwanda, Kenya, Tanzanian, and Burundi, and all have tributaries, which flow into River Nile or into the Victoria Lake.

◈ The main cities that are located on the edge of the Nile and White Nile are: Gondokoro, Cairo, Aswan, Khartoum, Karnak, Thebes/Luxor and also the town of Alexandria lies near the Rozeta branch.

◈ The Nile River’s average discharge is around 300 million cubic meters per day.

◈ The Nile River flows into the Mediterranean Sea.

◈ The largest supply of the Nile is the Victoria Lake.

◈ The name Nile originates from the Greek word “neilos”, which means river.

◈ The Ancient Egyptians called the river Aur or Ar (black) as a result of the color of the sediment left after the annual flood of the river.

◈ The Nile River flows on the high mountains in the center of some regions of Africa and north form the Nile delta.

◈ Both of the main Nile branches such as the White Nile (Eastern Africa) and the Blue Nile (Ethiopia) join at Khartoum (the capital city of Sudan which is in North East Africa).

◈ Ancient Egypt may have never become one of the primary civilizations in History if it was not for the Nile River. Ancient Egypt relied on agriculture to its wealth and power.

◈ There are nine countries the Nile and tributaries flow through. These countries are Egypt, Ethiopia, Tanzanian, Uganda, Kenya, Burundi, Sudan, Rwanda and Zaire.

◈ There are several major cities which have been located along the edge of the River Nile. These cities are Thebes/Luxor, Gondokoro, Cairo, Khartoum, Karnak and Aswan.

◈ Many parts on the Niles banks are full of Crocodiles. They are the biggest crocodiles in Africa.