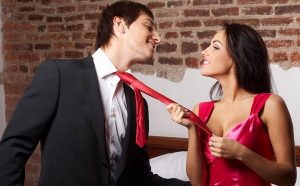 1=>Do you know that, facial symmetry is considered as a sign of beauty and attraction around the world?

3=>A study conducted in United Kingdom found that whenever a woman finds a man attractive, she speaks with a higher pitched voice.

5=>Studies show that we are more attracted to people who look similar to us.

8=>During your college life, on what basis did you rate your teachers? Studies show that students tend to rate their teacher’s performance more on the basis of physical attractiveness than on the knowledge and their ability to explain.

11=>According to researchers, women who have been shown ideal and perfect body images usually lower there satisfaction with their own attractiveness.

12=>In Middle ages, to become attractive, affluent noble women would dab bat’s blood on their skin or swallow arsenic to improve complexion.

13=>In most of the cultures, men find that younger women are more attractive than older women. Whereas women are attracted towards older men.

14=>Americans spend more money on beauty enhancements than they do on education per year.

16=>Research has found that during ovulating, women prefer masculine looking men. But at other times of the month they seek men with softer features.

19=>A study in 1966, by the University of Minnesota-Minneapolis on a group of 664 student volunteers show that, young college adults were concerned about the physical attractiveness.

20=>Online polls showed that men are more concerned about the weight of a date while women are concerned about a potential partner’s height. Women with 20 pounds overweight and men even just an inch under the average height have a tougher time getting a date.

23=>Researches show that a potential date is made more attractive by adrenaline.


26=>People who are drunk find others more attractive because drunken person is less likely to notice the asymmetry of a face.

27=>Men do regular workouts because women are less attracted to men with belly. Men with abdominal fat have lower testosterone which means lower fertility and lower sex drive.

28=>Women judge a man to be more attractive when they see another women looking or smiling at him.

30=>Researchers say that mothers tend to give more attention to their most attractive children who exhibit more socialized behavior than their less attractive siblings.

31=>people rely on sight, sound and smell when it comes to being attracted to people, and all 3 senses play a vital role in making people attracted to one another.

32=>Attraction is largely due to a androgen steroid called androstadienone.This steroid is emitted through the human axillary region, and it has been linked with human attraction. This is because it’s odorous chemical compound, and people can smell it on each other when they interact with each other.


33=>Women are attracted to different things depending on where they are in their menstrual cycle.Studies show that when a woman is in her most fertile stage, she will prefer men who have more masculine features; deeper voices, more symmetrical faces (an indicator of strong genetics), competitiveness, and victory over other males.