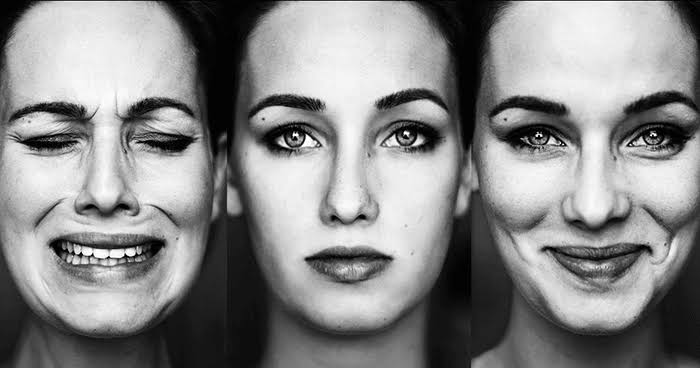 33 Psychological Facts of HUMAN EMOTIONS are listed down:-

1=>The more loyal you are,the more disappointment you encounter and experience.

2=>Hurt is often mistaken for anger 85% of the time,a person isn’t actually mad at you but instead,disappointed.

3=>Psychology says, people tend to value memories more than actual people. Sometime you miss the memories, not the actual person.

4=>People with low self esteem are more likely to criticize others.

5=>Crying is how our body speaks when our mouth can’t explain the pain we feel.

6=>People get more happiness by spending money on others rather than themselves.

7=>The people who give the best advice are usually the ones with the most problems.

9=>A Person who seems jealous or dingy is actually someone who cares most or more sensitive towards others.

10=>Anger is our natural defense against Pain. So when I say I hate you actually it really means that you are hurting me and human brain can never a tolerate this pain so it will converts this feelings into anger.

11=>Psychology Says, We seem to ignore the ones who adore us & pay more attention to those who ignore us.

12=>People look more attractive when they speak about the things they are really interested in.

13=>People forget to notice things when they are tensed even if it is infront of them.

14=>Most people have a favourite song because they associate it with an emotional event in their lives.

15=>Bigger the challenge, Stronger the drive.It is a proven fact that when you are faced with a bigger challenge, your drive to do it and do it better becomes stronger too.

16=>According to scientists, there are 8 primary innate emotions: joy, acceptance, fear, surprise, sadness, disgust, anger, and anticipation.Other important emotions like ‘love’ are results of permutation and combination of these 8.

17=>Laughter is contagious FOR REAL, as your brain prepares your facial muscles for it upon hearing someone else laughing.

18=>Human Emotions like Anger can make people physically sick.Anger increases the long-term risk of heart attacks and strokes and weakens the immunity system.

19=>Smells have quite an effect on our emotions.Especially unpleasant smells trigger the negative emotions immediately.

20=>Some researchers fear that technology, particularly social networking, is creating emotional disconnection rather than connection.

21=>Any emotion has three components: 1) physiological changes (eg, acceleration of heart rate) 2) behavioral response, such as a tendency to escape from or stay in contact with whatever is causing the emotion, and 3) a subjective experience, such as feeling angry, happy, or sad.

22=>Historically, psychologists have disagreed as to whether emotions arise before an action, occur at the same time as an action, or are a response to automatic physiological process.

23=>Studies show that mothers are less tolerant of crying in boys than in girls, suggesting that the way emotions are expressed by adults are instilled by mothers during the child’s infancy.

24=>Studies show that if people adjust their facial expression to reflect an human emotion, they actually begin to feel that emotion.

25=>Men and women experience the same amount of emotion, but women tend to show it more.

26=>The visually appealing presentations of unhealthy food in menus subtly arouse emotions in consumers. Scientists argue that if people understood those emotions better, they would make better food choices.

27=>The Human emotion are mostly associated with fear is interest. Some psychologists have gone so far as to suggest that fear has two invisible faces: one, the wish to flee and, second, the wish to investigate.

28=>Human Emotion are contagious. Negative or unpleasant emotions are more contagious than neutral or positive emotions.

29=>Human Emotion last even longer than memory. Many people can remember how the emotionally felt during a certain situation, even if the finer details are hazy. Even if someone cannot remember who they are, they can remember the emotions of their past life.

30=>Have you ever gone to sleep feeling sad or anxious, and woke up feeling in a much better mood the next morning? That is because when your brain goes into REM sleep, it releases chemicals that ease the mental pain of traumatic experiences.

31=>Human emotions can also affect their physical body. Jealousy has been known to cause stomach aches, and stress can cause headaches.

32=>The most difficult emotions to fake are sadness and anger.

33=>Drinking alcohol takes away the ability to put your emotions in check. Acting out on your emotions while drunk can lead to other emotions such as guilt and shame.