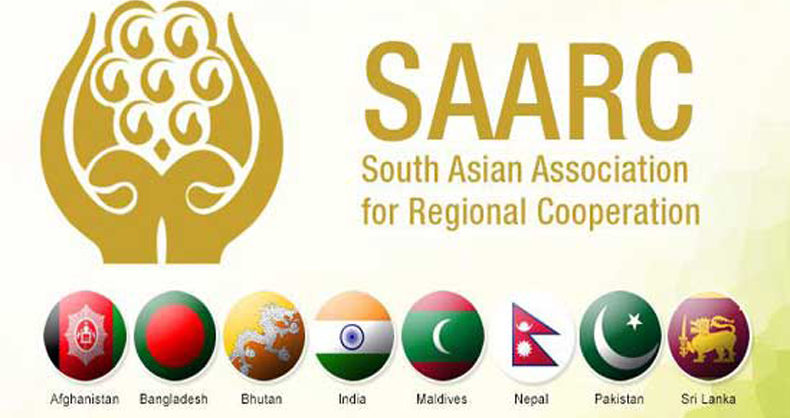 The South Asian Association for Regional Cooperation (SAARC) is the regional intergovernmental organization and geopolitical union of nations in South Asia. Its member states include Afghanistan, Bangladesh, Bhutan, India, Nepal, the Maldives, Pakistan and Sri Lanka. SAARC comprises 3% of the world’s area, 21% of the world’s population and 3.8% (US$2.9 trillion) of the global economy, as of 2015.

SAARC was founded in Dhaka on 8 December 1985. Its secretariat is based in Kathmandu, Nepal. The organization promotes development of economic and regional integration. It launched the South Asian Free Trade Area in 2006. SAARC maintains permanent diplomatic relations at the United Nations as an observer and has developed links with multilateral entities, including the European Union..

Some Important Questions of SAARC are listed below which generally asked in Exam competition .

1. What does SAARC Stand for ?
=>South Asian Association for Regional Co-Operation

5. Under how many Countries the SAARC was established ?
=>Seven (7)

8. Which is the last added country in SAARC ?
=>Afghanistan

10. Where and in which Conference the Afghanistan included in SAARC ?
=>In New Delhi – 14th Conference

11. Which is the biggest country of SAARC in area and Population both ?
=>India

13. Which is the Second biggest Country of SAARC ?
=>Pakistan

16. How many Landlocked Country are there in SAARC , name them ?
=>3. (Nepal ,Bhutan, and Afghanistan)

18. From which Country the Bangladesh was Formed ?
=>Pakistan