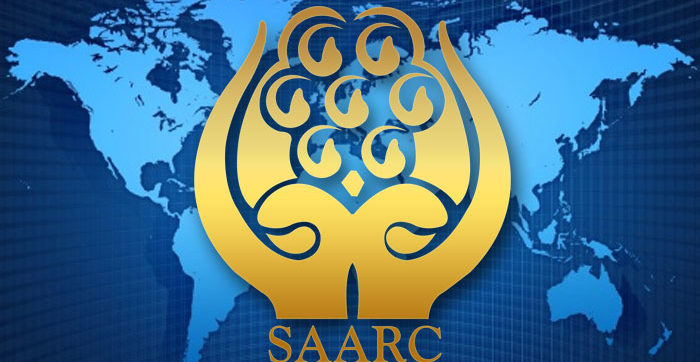 SAARC was founded in Dhaka on 8 December 1985. Its secretariat is based in Kathmandu, Nepal. The organization promotes development of economic and regional integration. It launched the South Asian Free Trade Area in 2006. SAARC maintains permanent diplomatic relations at the United Nations as an observer and has developed links with multilateral entities, including the European Union.

IMPORTANT QUESTIONS OF SAARC ARE LISTED BELOW 1. Who was the Designer of SAARC Logo ?
=>Shalendar Mahargen (Nepal)

2. Which city is known as city of Temple of SAARC ?
=>Kathmandu (Nepal)

6. IN which country the SAARC conference was held 3 times till 2005 ?
=>Bangladesh

8. What does SAPTA stand for ?
=> South Asian Preferential Trade Arrangement

10. In which Conference the SAARC was planned to established SAPTA ?
=>7th Conference (1993)

16. What is the price of First Prize of SAARC ?
=>25 thousand American Dollar

17. Who got the first SAARC prize ?
=>Gewoure Rahiman (Bangladesh)

18. What was the first name of SAARC ?
=>South Asian Regional Co-operation (SARC)