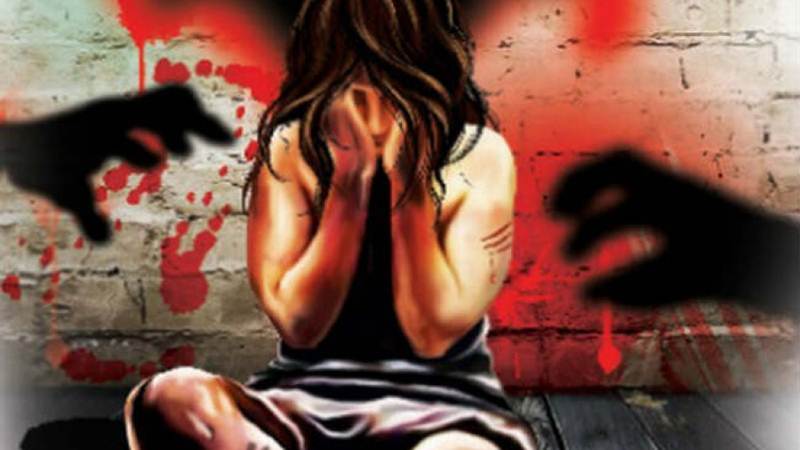 South Africa has the highest murder rate among countries with populations of 35 million people or more. The murder rate since 2011 stayed at around 32 per 100,000 but the number of murders has increased with increases in population. South Africa also has one of the highest rates of rape in the world. AIDS also is a concern there, and it has been reported that if a woman is raped, there is a 25 percent chance her attacker has HIV or AIDS.

Perhaps most shocking of all is that children are often rape victims in South Africa. This is believed to be a result of a myth that having sex with a virgin female cures a man of AIDS and other sexually transmitted diseases. Some places in the country even have signs informing people that is not true.

Other crimes committed in South Africa include car hijackings and kidnapping.

Swaziland lies in South Africa , its population of just over 1 million, is one of the smallest countries in Africa. But the numbers related to the homicide occurrence are far from being small in Swaziland. Decimated by not only enormous criminality but also extreme poverty and diseases such as AIDS or tuberculosis, the estimated average life expectancy of local people is just 50 years.

Lesotho is another little African country situated within South Africa. Apart from location and size, it shares one more thing with Swaziland – an uncontrollable homicide rate. Almost half of the country´s population lives below the poverty line which is partly responsible for its enormous criminality and annual murder rate.

It Occupying an area of 11,000 square kilometers (4,250 square miles), Jamaica is another representative of the Caribbean. For many years, the country has been notorious for having one of the world´s highest homicide rates and the latest statistics by United Nations Office on Drugs and Crime has confirmed that. The murders and violent crimes are particularly frequent in large cities such as Kingston, the capital.

With a population of almost 16 million, Guatemala is the most populous country in Central America. With an average of about 100 murders committed every month, Guatemala has ranked as the country with the 5th highest homicide rate in the world. In the 1990s, for example, the city of Escuintla had an annual rate of 165 murders per 100,000 people.

Deeply affected by the long-term and devastating civil war (1979 – 1992), El Salvador is a Central American country and a home to about 6.3 million people. The extremely high homicide rate in this country is marked by significant occurrence gang-related crimes and juvenile delinquency. In 2004, for example, as much as 60% of the murders committed in Salvador were carried out by local gangs competing for power and territory.

This country has a small population (about 335,000), With an area of 22,800 square kilometers (8,800 sq mi) but a high murder rate, often ranking among the world’s highest murder rates, according to the United Nations Office on Drugs and Crime. Enormous homicide rate of almost 45 murders per 100,000 people makes Belize one of the most dangerous countries in the world.

Other issues in Belize include human trafficking, drugs, and gang activity. The country also has a reputation as a place where many crimes go unpunished, because of lack of suitable resources to prosecute suspects.

Theft has long been a problem there, but in recent years, more of those burglaries have involved violence, leading to injuries and death.

Gallup ranked Venezuela as the world’s most insecure nation in a 2015 poll. The United Nations attributes the country’s high crime rate to the poor political and economic environment. Venezuela has a high murder rate, 82 per 100,000 people.

Venezuela also is a key country for drug trafficking, as cocaine and other drugs headed to the U.S. and Europe are routed through Venezuela. Foreigners often are targets for such crimes as murder and kidnapping.

One high-profile crime in Venezuela occurred in January 2014 when former Miss Venezuela Monica Spear and her husband were murdered, and their young daughter was shot.

A travel warning from the United States State Department notes that kidnapping in a serious concern throughout Venezuela, and that 80 percent of kidnappings go unreported. Many of these are “express kidnappings,” which last a few hours, but can be very violent, and people who resist attempts at an express kidnapping have been known to be murdered. Some families even set aside ransom money in case of a kidnapping

According to the United Nations Office on Drugs and Crime, Honduras, home to about 8.25 million people, has by far the highest homicide rate of all countries in the world. Its unparalleled average rate of 90.4 murders per 100,000 people means that in this country, almost every 1,000th person is killed. Since Honduras is a popular holiday destination, tourists are often targeted as victims of various violent crimes.

Note For Every INDIAN

India is also playing a Major Role in Increasing crime rate , so m requesting you that if love India then please try to decrease this crime rate , otherwise the day is too closer that India also listed in the upper list.
=> India <=
Sexual assault is a major concern in India. More than 33,000 rapes were reported in 2015.

The rate of these assaults is increasing. Rape is one of India’s most common crimes against women. According to the National Crime Records Bureau, 24,923 rape cases were reported across India in 2012, but experts agree that the number of unreported cases of sexual assault brings the total much higher. The latest estimates suggest that a new case of rape is reported every 22 minutes in India.


There also have been some tragic high-profile cases, including the gang rape and murder of two teenaged girls in May of 2014, in which police officers were suspects. A post-mortem examination indicated the girls had been raped and hanged while still alive. But an investigation by India’s Central Bureau of Investigation said there was no evidence of rape, and that the examination was flawed. In March 2015, a 71-year-old nun was allegedly gang-raped. Six men were arrested for the crime.

Riding buses in India can lead to sexual harassment or “eve teasing,” ranging from catcalls, gestures, brushing up against women, groping and molestation. Other crimes in India include gang activity and drug-related crimes.

< Click here and get in Touch to get Latest Update >