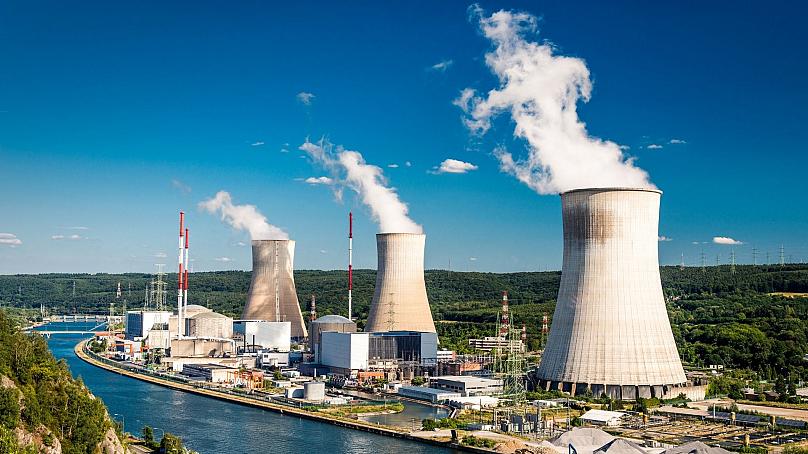 What is Nuclear Power plant 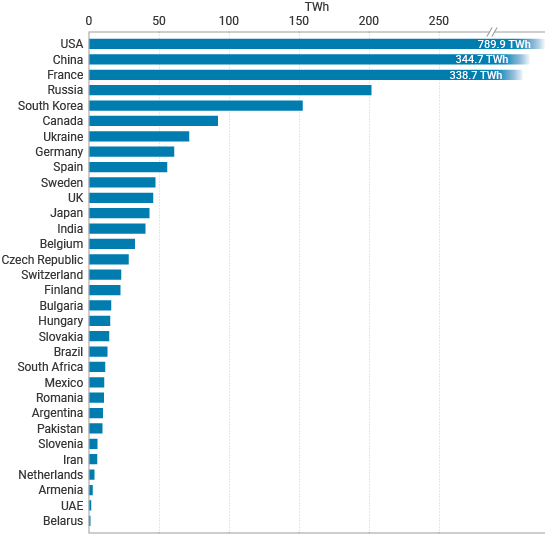 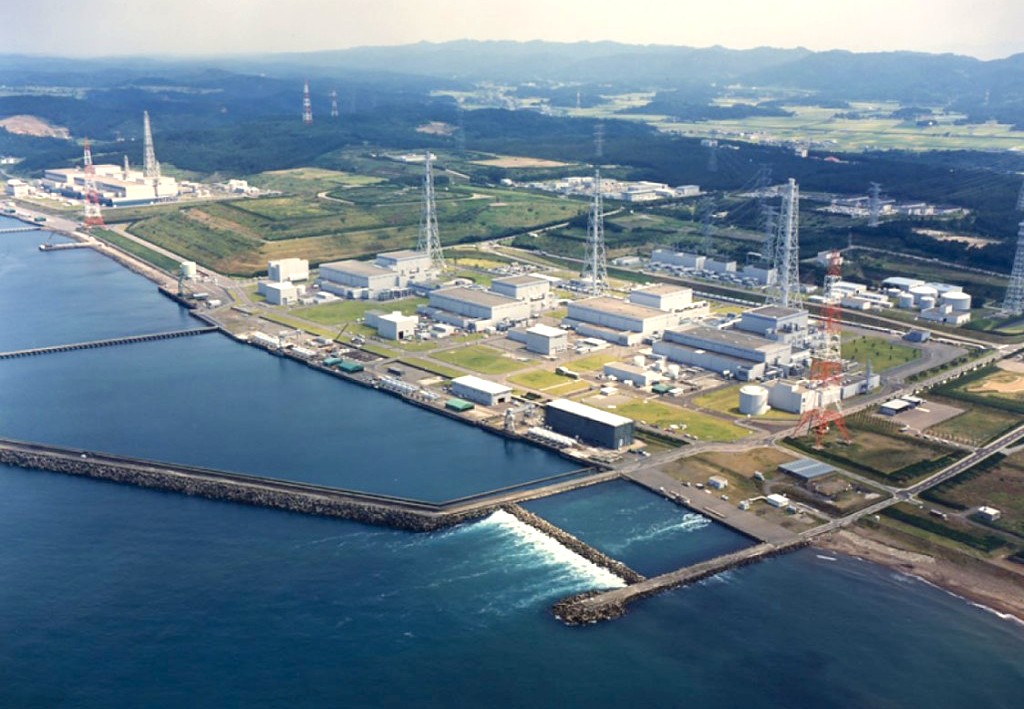 Tokyo Electric Power Co.’s (TEPCO) Kashiwazaki-Kariwa plant in Japan is currently the world’s largest nuclear power plant, with a net capacity of 7,965MW.
Kashiwazaki-Kariwa has seven boiling water reactors (BWR) with a gross installed capacity of 8,212MW.
The first five units have a gross capacity of 1,100MW each, whereas the sixth and seventh units have a capacity of 1,356MW each. The first unit began commercial operation in September 1985 and the last unit became commercially operational in July 1997.
Operations have seized at present but will resume after a safety assessment due for completion in 2013. TEPCO is currently implementing safety measures at the plant to meet the new safety guidelines set forth by Japan’s Nuclear Regulatory Authority.
It was approximately 19 km (12 mi) from the epicenter of the second strongest earthquake to ever occur at a nuclear plant, the Mw 6.6 July 2007 Chuetsu offshore earthquake.
This shook the plant beyond design basis and initiated an extended shutdown for inspection, which indicated that greater earthquake-proofing was needed before operation could be resumed. The plant was completely shut down for 21 months following the earthquake. Unit 7 was restarted after seismic upgrades on May 9, 2009,followed later by units 1, 5, and 6. (Units 2, 3, 4 were not restarted).

Bruce Nuclear Generating Station, located in Bruce County, Ontario, Canada, is the second largest nuclear power plant in the world.
The 6,234MW (net) nuclear facility is owned by Ontario Power Generation (OPG) and operated by Bruce Power.
The plant is made up of eight pressurised heavy water reactors (PHWR) with gross capacities varying from 786MW to 891MW. The last reactor of the Canadian NPP became commercially operational in May 1987
Bruce 1 witnessed a long-term shut down in 1997 and was reopened in September 2012. Bruce 2 was restarted in October 2012, also after a long-term shut down which occurred in 1995.
Bruce Nuclear Generating Station is a nuclear power station located on the eastern shore of Lake Huron in the communities of Inverhuron and Tiverton, Ontario in Canada. It occupies 932 ha (2300 acres) of land. The facility derives its name from Bruce County in which it is located, in the former Bruce Township.
It is the largest nuclear generating station in the world by total reactor count, the number of currently operational reactors, and total output. The station is the largest employer in Bruce County, with 3800 worker

Ulchin Nuclear Power Plant, which was renamed Hanul Nuclear Power Plant in 2013, is the largest South Korean nuclear power plant.
The plant currently has a gross installed capacity of 6,189MW and net design capacity of 5,908MW ranking as the fourth largest NPP in the world.
Phase one of the Hanul NPP was completed in 2005 with six pressurised water reactor (PWR) units. Two more reactors are being added to Hanul as part of the second phase of plant development.
The two new reactors will have a net capacity of 1,350MW each and will increase the plant’s total net capacity to 8,608MW when completed in 2018. The gross capacity of the plant will increase to 8,989MW upon completion of phase two.
It is the third largest operational nuclear power plant in the world.The plant’s name was changed from Uljin to Hanul in 2013.
On 4 May 2012, ground was broken for two new reactors, Shin (“new”) Uljin-1 and -2 using APR-1400 reactors. The APR-1400 is a Generation III PWR design with a gross capacity of 1400 MW. It is the first to use Korean-made components for all critical systems. The reactors are expected to cost about 7 trillion won (US$6 billion), and to be completed by 2018

South Korea’s Hanbit Nuclear Power Plant, formerly known as the Yeonggwang Nuclear Power Plant, currently ranks as world’s fourth largest nuclear power station, with an installed net capacity of 5,899MW and a gross capacity of 6,164MW.
The power plant, operated by Korea Hydro & Nuclear Power (KHNP), consists of six Pressurised Water Reactor (PWR) reactor units commissioned in 1986, 1986, 1994, 1995, 2001 and 2002 respectively.
The 1,000MW Unit 3 of the plant was kept offline due to cracks found in its control rod guide tube in November 2012. The unit resumed operation in June 2013 following eight months of repair works.
The plant’s name was changed from Yeonggwang NPP to Hanbit in 2013 at the request of local fishermen.
All the units at Hanbit are of the Pressurized Water Reactor (PWR) reactor type. Unit-1 and Unit-2 are 3-loop Westinghouse-designed plants; major components were sourced from foreign firms while auxiliary components and site construction were handled domestically. Unit-3 and Unit-4 are 2-loop Combustion Engineering (C-E) System 80 plants with major components and construction handled domestically under a technology transfer agreement. Unit-5 and Unit-6 are based on the Ulchin (now Hanul) Unit-3 OPR-1000 Korean Standard Nuclear Power Plant design 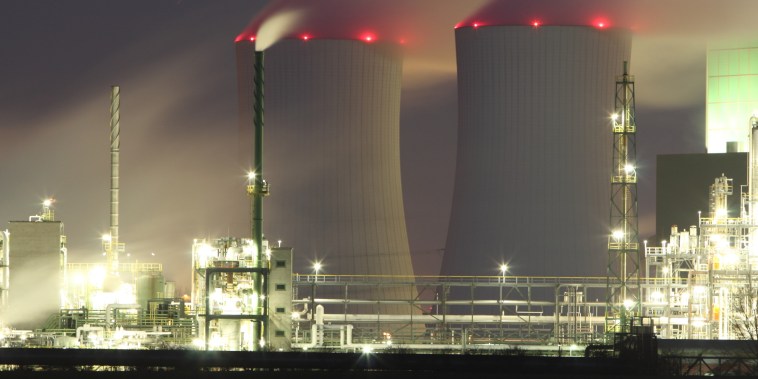 Zaporizhzhia Nuclear Power Plant in the Ukraine, has an installed net capacity of 5,700MW and a gross capacity of 6,000MW standing as the largest nuclear power station in Europe and the fifth largest in the world.
The power station is located in Enerhodar city of Ukraine and features six operational VVER-1000 PWR units brought online since 1984 through 1995.
Zaporizhzhia nuclear power station is owned and operated by Energoatom, Ukraine’s state-run National Nuclear Energy Generating Company. The plant accounts for more than one fifth of the country’s total electricity generation.
On 3 December 2014, Prime Minister Arseny Yatseniuk announced the occurrence of an accident several days before at the Zaporizhia Nuclear Power Plant. The cause of the accident was reported as a short circuit in the power outlet system and was not linked to the site’s production. One of the six reactors of the plant was shut down twice in December 2014. This and lack of coal for Ukraine’s coal-fired power stations lead to rolling blackouts throughout the country from early till late December 2014.