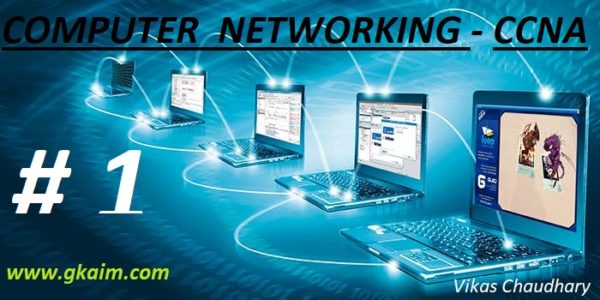 Today Questions => What is Network ?

Local-area networks (LANs):- The computers are geographically close together (that is, in the same building).

Wide-area networks (WANs):- The computers are farther apart and are connected by telephone lines or radio waves.

Campus-area networks (CANs):- The computers are within a limited geographic area, such as a campus or military base.

Metropolitan-area networks MANs):- A data network designed for a town or city.

Home-area networks (HANs):- A network contained within a user’s home that connects a person’s digital devices.


Answer: When hierarchical routing is used, the routers are divided into what we will call regions, with each router knowing all the details about how to route packets to destinations within its own region, but knowing nothing about the internal structure of other regions.
Explanation:

2- What is silly window syndrome?

Answer: It is a problem that can ruin TCP performance. This problem occurs when data are passed to the sending TCP entity in large blocks, but an interactive application on the receiving side reads 1 byte at a time.
Explanation:

3- What are Digrams and Trigrams?

5- What is wide-mouth frog?

6- What is Mail Gateway?


Answer: It is a system that performs a protocol translation between different electronic mail delivery protocols.
Explanation:

7- What is IGP (Interior Gateway Protocol)?


Answer: It is any routing protocol used within an autonomous system.
Explanation:

8- What is EGP (Exterior Gateway Protocol)?

9- What is autonomous system?


Answer: It is a collection of routers under the control of a single administrative authority and that uses a common Interior Gateway Protocol.
Explanation:

10- What is BGP (Border Gateway Protocol)?


Answer: It is a protocol used to advertise the set of networks that can be reached with in an autonomous system. BGP enables this information to be shared with the autonomous system. This is newer than EGP (Exterior Gateway Protocol).
Explanation:

NEXT PART WILL COME SOON