What is Super Computer

A supercomputer is a type of Computer that has the architecture, resources and components to achieve massive computing power. Today’s supercomputers consists of tens of thousands of processors that are able to perform billions and trillions of calculations or computations per second

Super computers were introduced in the 1960s, and for several decades the fastest were made by Seymour Cray at Control Data Corporation (CDC), Cray Research and subsequent companies bearing his name or monogram. The first such machines were highly tuned conventional designs that ran faster than their more general-purpose contemporaries.

Supercomputers are primarily are designed to be used in enterprises and organizations that require massive Computing power. A supercomputer incorporates architectural and operational principles from parallel and grid processing, where a process is simultaneously executed on thousands of processors or is distributed among them. Although supercomputers houses thousands of processors and require substantial floor space, they contain most of the key components of a typical Computer, including a processor(s), peripheral devices, connectors, an operating system and applications.
As of November 2017, all of the world’s fastest 500 supercomputers run Linux-based operating systems. Additional research is being conducted in China, United States, European Union, Taiwan and Japan to build even faster, more powerful and more Technologically superior exascale supercomputers

Union Minister for Science and Technology Harsh Vardhan dedicated Indian’s fastest and first ‘multi-petaflops’ supercomputer to the nation here. Petaflops is a measure of a Computer’s processing speed. 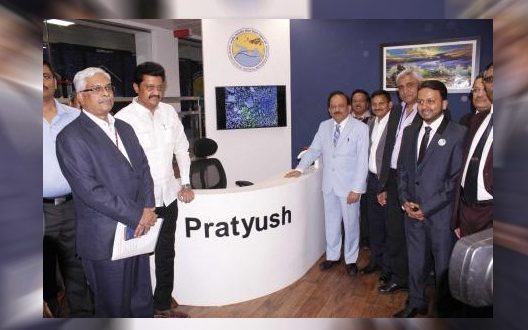 India is proving itself in every field possible and technology is no less here. India unveiled its fastest supercomputer ‘Pratyush‘ which is an array of Computers that can deliver a peak power of 6.8 petaflops. One petaflop is a million billion floating point operations per second and is a reflection of the Computing capacity of a system.

The government had sanctioned last year ₹400 crore in order to put in place a 10-petaflop machine. The main functionality of this supercomputer would be monsoon forecasting with the help of a dynamic model.This requires simulating the weather for a given month and letting a custom-built model calculate how the actual weather will play out over June, July, August and September. This new system would provide wings to the Technology and it would be possible to map regions in India at a resolution of 3 km and the globe at 12 km.

Christened ‘Pratyush’, meaning the sun, the High Performance Computing (HPC) facility has been established at the Indian Institute of Tropical Meteorology (IITM), Pune, and will be a national facility for improving weather and climate forecasts, an IITM release said. While inaugurating the facility, the minister said that it would be India’s number one HPC facility in terms of peak capacity and performance.

The IITM release added that the facility would help the country with better forecasts in terms of monsoon, extreme events, tsunamis, cyclones, earthquakes, air quality, lightning, fishing, hot and cold waves, flood and drought among others. This facility will also be used in coordination with the Indian Meterological Department (IMD) and other weather monitoring institues, to evolve better Weather monitoring practices and an improved weather forecasting system.

Government of India approved 400 crore Rupees in 2017 to build a supercomputer with a Computing capacity of 10 PetaFlops. The engineers of IITM, Pune worked under the leadership of Suryachandra A Rao and built Pratyush in 2018. The overall cost was around 450 crore Indian Rupees 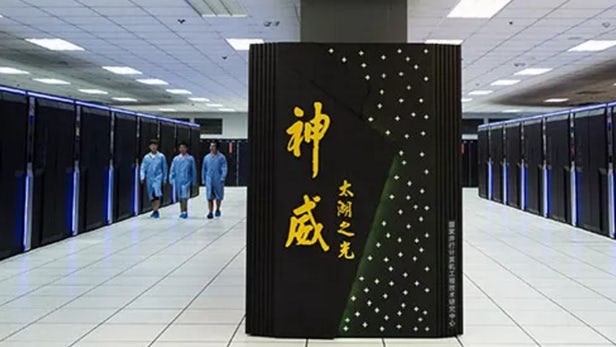 Related Links For You…

Earn Money Online Without Investment
Buy our E-Book (35,000 Questions and many more)