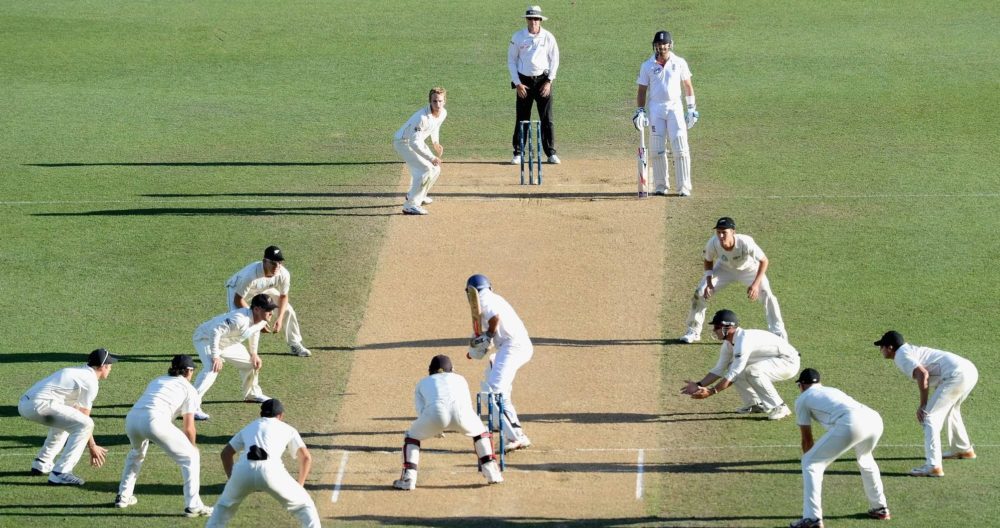 Cricket is a game steeped in tradition, in which it is often how you play the game that is as important as winning. The expression “That’s not cricket” embodied the ideal of “fair play” and good sportsmanship which teachers and coaches should endeavour to foster at all levels. There are may different levels of the game ranging from the Five Day Test Match, the afternoon club match, the indoor six a side adults, Kwik Cricket, Cricket Pairs game played by 10 year olds to the
simplest single wicket game of one bowler and one batsman. Each require different degrees of ability, fitness, skills and commitment.Early exposure to the skills required is a great help in the making of a successful player, though some players have turned to the game at a later age and achieved a good standard. Learning the skills can be a very enjoyable experience with a great deal of physical activity involved. It is also possible to structure the skill learning so that simple competitions and small sided games prevent the practices from becoming boring. They also provide opportunities of introducing to beginners, in stages, small sections of the 42 Laws governing the playing of the adult game. The material covered in this book does not relate to any specific Examination Board’s syllabus, but is intended to provide a basic resource which should be supported and supplemented by reference to the texts listed in Recommended Reading

In order to play cricket to examination level, students should have a
good practical and theoretical grasp of the 4 major activities of the
game:?

Essentially this involves catching and throwing in a variety of
circumstances both static or on the move.

✬ To catch a ball which is dropping quickly.

✬ Sight the ball.
✬ Move quickly to where it will come down.
✬ Stand still with hands up above eye level and palms facing
✬ ball, fingers spread out, little fingers touching.
✬ Hands “give” as ball is caught.
✬ Finish close to chest

✬ Sight the ball, palms facing ball, fingers pointing upwards,thumbs touching.
✬ Hands give as ball is caught.
✬ If ball is caught directly in front of head, move head to side as hands give

✬ Primarily to deal with catches close to the wicket.

The Long Barrier and Throw

✬ The long barrier is used to ensure the ball is stopped.

✬ Run inside line of ball to enable right foot to land beside it.

Weight well back. Head over right knee, left foot trailing.
✬ Pick ball up.
✬ Turn to left into throwing position.
✬ Aim and throw without further steps
(If the ball is moving quickly it may be necessary to take
several braking strides before turning and throwing.)

✬ To retrieve a ball after picking up near the boundary.

Throwing on the Turn

NB This is an advanced technique, used to prevent
runs, or to secure a run out.

✬ Run inside line of ball.
✬ Pick up ball alongside right foot.
✬ Step onto left foot.
✬ Jump, turning in the air.
✬ Aim at target with left arm.
✬ Throw while still in the air.

⇝ Expect every ball to come to you but do not anticipate its line, height or speed.

⇝ All fielders except close catchers should be moving in towards the striker as the bowler delivers the ball.

⇝ Slips, leg slip and wicketkeeper can watch the ball from the bowler’s hand; others watch the bat.

⇝ Sight the ball before moving off in a particular direction; then move quickly.

⇝ Whenever possible use two hands and get some part of the body behind the ball unless this action would prevent a run out.

⇝ Having fielded a ball, throw it immediately to the wicketkeeper or, if there is a chance of a run out, at the stumps.

⇝ If not fielding the ball, back up at either end to reduce the chance of over-throws.

⇝ If you are close to the bowler’s wicket and he cannot get back to it, move to it to take the return.

⇝ Concentrate all the time, keeping an eye on your captain who may wish to move you.

⇝ If there is a possibility of two fielders colliding when going for the same ball the nearest should call ‘mine’ or the captain should shout the name of the player who is to field the ball.

⇝ On cold days keep your muscles and hands warm to prevent injury and to be ready for instant action.